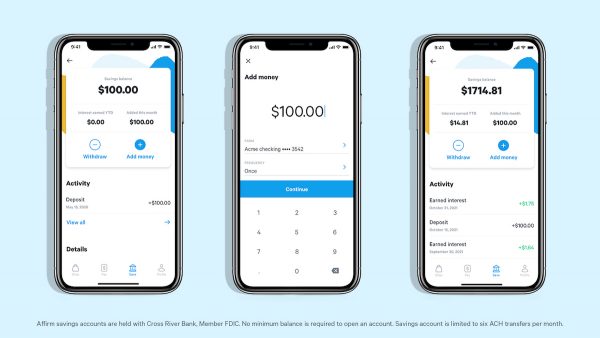 U.S. fintech Affirm announced on Wednesday it has acquired Returnly, online return experiences, and post-purchase payments platform, for approximately $300 million. According to Affirm, Returnly serves more than 1,800 merchants, has helped process more than $1 billion in returns, and has been used by over eight million shoppers.

“With Returnly, eligible consumers receive an instant merchant credit upon initiating a return, allowing them to order a new or replacement item immediately versus waiting until their return is fully processed.”

Speaking about the acquisition, Max Levchin, CEO and Founder of Affirm, stated:

“In 2019, Affirm invested in Returnly because we recognized their technology’s ability to help merchants remove friction from returns, drive loyalty, and retain more customers. Store credit, issued before the item is actually returned, is now a practical requirement in highly competitive segments like fashion and lifestyle. We are excited to bring Returnly’s powerful product to our merchants, and we are thrilled to introduce their more than eight million users to the transparent, gotcha-free version of buy-now-pay-later as made possible only by Affirm.”

As previously reported, Affirm is a point of sale credit provider that is currently working with more than 5,000 merchants, including Article, Joybird, West Elm, and Shopify. The company’s goal is to provide shoppers with an alternative to expensive credit cards at the point of sale, giving them the flexibility to buy now and make simple monthly payments for their purchases. Affirm reported it has raised more than $1.3 billion from investors to date.

The acquisition comes just after Affirm announced that last year’s holiday shopping season set many digital commerce records, including in its “volume of purchases” made through Buy Now, Pay Later (BNPL) services. At the time, Affirm cited Salesforce data which reveals that BNPL transactions surged 109% when compared to the 2019 holiday season. Just two months later, sales made through BNPL increased 215% from the same period in 2020,  Affirm reveals in its latest blog post.