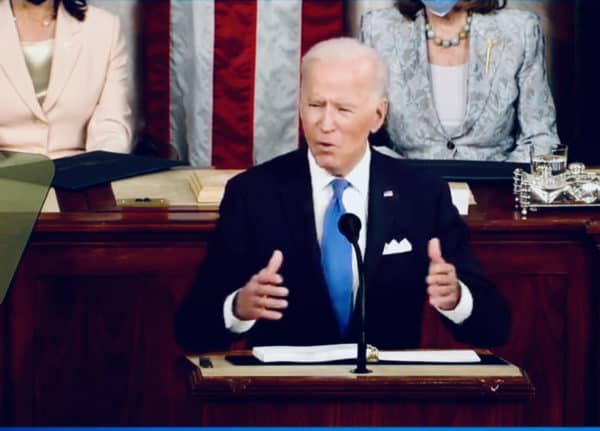 The Biden administration has just completed its first 100 days in office. Since January, the Administration has proffered a whirlwind of policy changes and legislation from massive spending in the trillions of dollars to profound changes in the tax system. Meanwhile, the economy has already turned the corner on the pandemic as vaccinations are ubiquitous and COVID infections are declining.

This week, GDP growth delivered a strong 6.4% annual rate of growth – meaning people are going back to work and businesses are re-opening. But the good news today may be squashed by policy changes tomorrow notes the Small Business and Entrepreneurship Council. SBE Council chief economist Ray Keating believes that policy must fuel this momentum and growth, but instead, various policies being pursued by President Biden “would restrain or even derail our economic recovery.”

While Keating believes GDP could fully recover by mid-2021 there is a significant risk that Biden administration policy could undermine growth and knee-cap entrepreneurship and private investment. Keating says it should be apparent to all that policy must support small businesses and innovators but that there is a “policy attack on growth.” More specifically:

“Quite simply, a vast expansion of government means draining resources away from more productive enterprises and endeavors in the private sector. That is, whether financed via more debt or taxes, more government spending crowds out the private sector,” states Keating. “Plus, higher taxes, such as higher capital gains, personal income and corporate income tax rates, reduce incentives and resources for starting up, expanding and investing in businesses. That, in turns, means further restraint on innovation, productivity, income and job growth.”

Keating is of the opinion that some elected officials and their appointees do not have the knowledge to guide investment.

For entrepreneurs, be they operating in the Fintech sector or elsewhere, taking enormous risks to launch a new business or service is done with the anticipation that the risk (and hard work) is rewarded at some point in the future. There is a reason why the US is home to global brands like Amazon, Tesla, and Apple. Innovation, creativity, and risk-taking are supported. A light-touch regulatory approach combined with lower taxes enables capital formation and investment.

“…almost any small business owner will tell you, the regulatory costs of government are just as real and burdensome as are taxes – indeed, often even more onerous. Gearing up the federal regulatory machine means inflicting serious harm on U.S. businesses of all types and sizes,” adds Keating. “Current tax, regulatory and spending policies emerging from the Biden Administration are anti-growth. Let’s hope that Congress possesses the wisdom to say “no” to such misguided measures, and instead, gets focused on actually reducing governmental burdens on the true sources of growth, i.e., entrepreneurship and investment.”