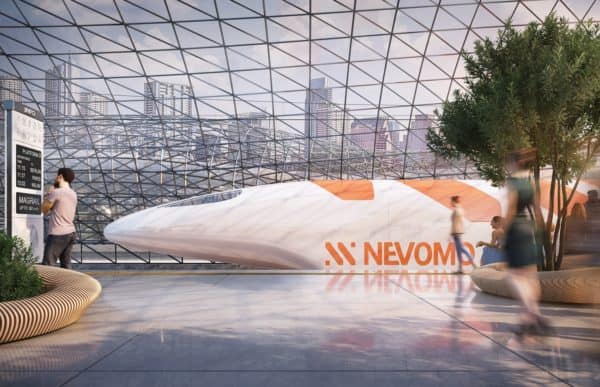 Nevomo, a Poland- based transportation tech, has successfully surpassed its initial €1 million funding target through its equity crowdfunding campaign on Seedrs.

Founded in 2015, Nevomo stated it has developed technology for a magrail system, which it describes as a passive magnetic levitation train operating on existing railway tracks at speeds up to 550 kph (341 mph). The hybrid solution allows for the functionality of both the magrail system and conventional trains on the same tracks.

“At Nevomo, we are creating transport of tomorrow which will cut down the time and costs of travel while reducing the carbon footprint produced by the transport sector. The railway industry requires a major upgrade to regain its competitive edge and our magrail technology can be the right solution.”

Nevomo further revealed it is also aiming to implement these components earlier as part of a unique magrail system.

“It allows for the use of magnetic levitation within the existing railway infrastructure while keeping the functionality of conventional rolling stock. We estimate that vehicles will be able to move at speeds of up to 550 kph (342 mph).”

Nevomo then noted that it expects to achieve a flexible and diversified business model with several potential revenue sources in high-value elements of the value chain:

The investment round is set to close at the beginning of June.