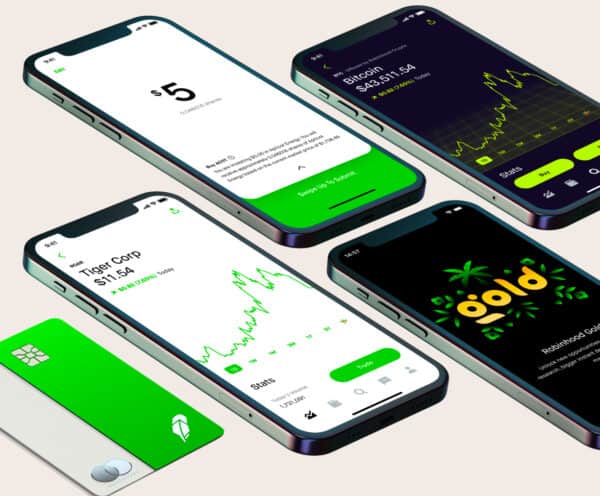 Robinhood, a fast-growing digital trading platform for both traditional securities as well as crypto, has filed an updated S-1 with the Securities and Exchange Commission (SEC) in advance of its forthcoming initial public offering (IPO).

According to the document, Robinhood aims to raise up to $2,541,000,000 at a per share price of $42. Robinhood would trade under the ticker symbol “HOOD” on the Nasdaq. Robinhood is now being valued at around $35 billion according to reports.

Robinhood is offering 52,375,000 shares of Class A common stock while selling stockholders are offering an additional 2,625,000 shares.  Selling shareholders include the founders and CFO. The document states:

Robinhood wants to enable its users to participate in the  IPO and thus the Fintech will offer approximately $440 million to $770 million worth of shares to Robinhood customers through its IPO Access feature.

Robinhood reports 18 million funded accounts with 17.7 million active monthly users. Currently, assets under custody are around $81 billion. More than 50% of its users are first-time investors. Robinhood’s mission is to democratize investing for everyone by making its service easy to use.

Robinhood currently offers trading in US-listed stocks and ETFs, as well as related options and ADRs. Via a subsidiary Robinhood Crypto, LLC, the company offers cryptocurrency trading. A growing amount of Robinhood’s revenue is being driven by crypto trading.

A popular feature includes fractional trading, which makes it easier for smaller investors to quickly diversify.

Robinhood reports that for the three months ended March 31, 2021, total revenue grew by 309% to $522 million, up from $128 million during the same quarter year prior. The company recorded net loss of $1.4 billion, which included a $1.5 billion fair value adjustment for convertible notes and warrant liability, compared to a net loss of $53 million and an adjusted EBITDA was $115 million, compared to a negative $47 million.

The current platform that includes retail brokerage, cryptocurrency trading, and Cash Management offerings are described as a “first step toward a comprehensive financial services platform.”

The company’s vision includes expanding internationally and Robinhood intends to pursue other markets including into Europe and Asia.

Robinhood has rocketed in popularity with younger investors but its rapid growth has not been without a few stumbles along the way. Robinhood recently settled a complaint with FINRA by paying a $70 million penalty for “systemic supervisory failures and significant harm suffered by millions of customers.” A settlement with the SEC has been set at $65 million regarding Robinhood’s failure to disclose its receipt of payment for order flow in certain of its communications with its retail customers.

Additionally, the rise of “meme stocks” and targeted trading driven by certain Reddit boards has increased regulatory scrutiny regarding Robinhood’s operations. Congress has held several hearings on the issue and the SEC has slated certain trading features that may impact Robinhood for review.

Robinhood is expected to float shares on the Nasdaq at some point next week.