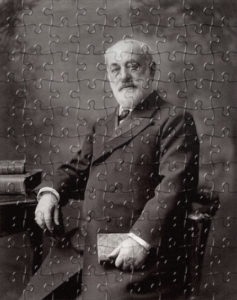 In early trading, shares in Goldman rose higher on the solid beat.

The Investment Banking division of Goldman is booming with it generating its second-highest quarterly net revenues of $3.70 billion.

Regarding its growing consumer business including its digital bank Marcus, Goldman said that Consumer & Wealth Management produced quarterly net revenues of over $2 billion for the first time, 35% higher than the third quarter of 2020. Consumer and Wealth now account for 15% of net revenue during the quarter – trailing other categories but increasing in importance.

Breaking it down further, net revenues in Wealth management were $1.64 billion, 40% higher than the third quarter of 2020. Management and other fees were significantly higher, primarily reflecting the impact of higher average assets under supervision. Incentive fees were significantly higher, due to harvesting, and net revenues in Private banking and lending were higher, primarily reflecting higher loan balances. Net revenues in Consumer banking were $382 million, 17% higher than the third quarter of 2020, reflecting higher credit card and deposit balances. Goldman also powers the popular Apple Card.

For 9 months if you break it out, Consumer and Wealth generated $587 million in net earnings.

The Earnings Presentation is available here.

Update: Goldman reported $100 billion in deposits and 9 million customers. All without a single bank branch. The company said that they are very focused on the long term noting that the cost of infrastructure is very different. Goldman called Marcus a “consequential” business. They are building a broad platform that can serve all customer needs.

Goldman said there are opportunities for wealth management in Europe, in the US, and China too. Instead of serving just the ultra wealthy they can cater to the mass affluent.

Goldman said there is an opportunity to fill gaps with M&A – similar to the purchase of Greensky the BNPL platform.

“We are performing very well at the moment,” stated Goldman, noting that they are spending significantly to expand the platform while operating more efficiently.