The Financial Action Task Force (FATF) has “advanced its core work on virtual assets, beneficial ownership transparency, and illicit finance risks,” according to a public statement.

The FATF has approved for publication an updated version of its Guidance on a Risk-Based Approach to Virtual Assets and Virtual Asset Service Providers (also known as VASPs).

The Revised Guidance for a Risk-Based Approach to Virtual Assets and VASPs is outlined below with a document to follow:

The virtual asset (VA) sector is fast-moving and technologically dynamic, which means continued monitoring and engagement between the public and private sectors is necessary. The June 2020 12-Month Review of the Revised FATF Standards on VAs and Virtual Asset Service Providers (VASPs), identified areas requiring greater FATF guidance in order to clarify the application of the revised FATF Standards.  As a result, the FATF agreed to revise and update its 2019 Guidance.  Following public consultation in March-April this year, the FATF finalised the 2021 Guidance for a Risk-Based Approach to Virtual Assets and VASPs, which explains how the FATF Recommendations apply to these assets and services. In particular, the guidance clarifies the definitions of virtual asset and VASP and builds on the FATF report to the G20 to explain how the FATF Standards apply to stablecoins.  It also addresses the risks for peer-to-peer transactions, and illustrates tools to identify and mitigate these risks. The guidance covers the licensing and registration of VASPs, the so-called “travel rule” and includes principles of information-sharing and cooperation amongst VASP supervisors. This updated Guidance is intended to assist countries and the private sector in implementing the current FATF Standards. FATF expects that countries and the private sector will implement FATF standards on VA/VASPs as soon as possible, especially in light of this updated Guidance. The FATF will be vigilant and closely monitor the virtual assets and VASP sector for any material changes that necessitate further revision or clarification of the FATF Standards. This includes in relation to areas such as stablecoins, peer-to-peer, non-fungible tokens and decentralised finance. 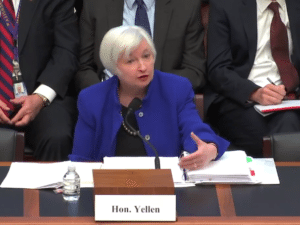 US Secretary of the Treasury Janet L. Yellen issued the following statement:

“The United States welcomes the significant work by the FATF to enhance beneficial ownership transparency and provide clear standards and guidance for the virtual asset industry,” said Secretary of the Treasury Janet L. Yellen. “The FATF’s work will continue to strengthen global action against illicit finance.”

Upcoming Illicit Finance Risk Report
The FATF approved the commencement of a study on Illicit Proceeds Generated from the Fentanyl and Related Synthetic Opioids Supply Chain. These dangerous substances are contributing to thousands of overdose deaths a year in North America, and their popularity with traffickers points to its growth in drug markets around the world. The primary objective of the study is to raise global awareness for operational authorities of how the proceeds of this illicit trafficking are laundered by drug trafficking organizations.

Combating Terrorist Financing
Strengthening the global response to terrorist financing remains a priority for the FATF. This includes financial networks and support to groups such as ISIS, Al-Qaida (AQ), and Hizballah, as well as racially or ethnically motivated violent extremists, and other terrorist threats. The FATF adopted an update to its 2016 confidential report on terrorist financing risk indicators. This update, co-led by the United States and Germany, includes specific indicators involved in racially-or ethnically motivated terrorist financing. Additionally, the FATF is issuing a public update on ISIS and AQ financing (the first since June 2019). This update builds off of regular internal ISIS and AQ financing assessments that are shared with members of the FATF Global Network.

Afghanistan
The FATF also issued a statement on the situation in Afghanistan. It reaffirmed United Nations Security Council Resolutions that Afghanistan should not be used to plan or finance terrorist acts, emphasized the importance of supporting the work of non-governmental organizations in the country and maintaining the flow of humanitarian assistance to the Afghan people, and for governments to facilitate information sharing with their financial institutions on any emerging illicit finance risks related to Afghanistan. The FATF noted that it will continue to monitor the situation in Afghanistan.

A reported on VASP guidance is expected to be published on October 28th.