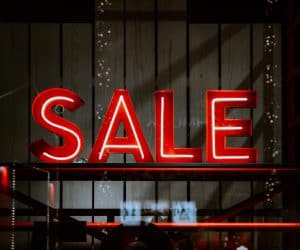 As mentioned in a release, these scalable business lines offer First Internet various growth opportunities, “further diversification of its revenue profile and access to a stable, low-cost deposit base.”

“The acquisition of First Century is an important opportunity for our organization. First, it aligns with our strategy of operating unique and scalable businesses with nationwide platforms. Second, it allows us to continue to diversify and grow our revenue streams in a capital efficient manner. And, importantly, First Century’s success in the HOA business grants us access to a very attractive deposit base, with opportunity to expand.”

“First Century is a highly profitable company with a strong track record of growth in providing technology-enabled services to a national client roster of premier business partners. We are always looking for exceptional financial technology partners that help us further our leadership position in digital banking; the acquisition of First Century is a great fit. We expect to leverage our national infrastructure to boost First Century’s growth opportunities and drive stronger returns for our shareholders. We are excited to welcome the First Century team to First Internet; together, we have an opportunity to build something truly special.”

“We are proud of our history of innovation and growth, and we are thrilled to join forces with an organization we view as the perfect strategic and cultural partner. This is a natural step in our evolution and a very positive development for our customers and business partners. We believe First Internet’s larger balance sheet, digital banking expertise and broader array of products will enhance our existing client relationships and enable us to drive long-term growth for the combined organization.”

Upon completion of the acquisition, First Century Bank will be merging into the Bank and “maintain operations of its lines of business in its current locations,” the release noted.

First Century operates a branch in Commerce, GA to “support its consumer and small business banking services, with another branch in Hilton Head Island, S.C. that supports certain lines of business,” the announcement noted.

Additionally, directors and executive officers of First Century have “entered into agreements whereby they have committed to vote their shares in favor of the transaction.”

The announcement also mentioned that the closing of the acquisition is “subject to satisfaction of customary closing conditions, including regulatory approvals and approval of First Century shareholders.” The transaction is “anticipated to close in the first quarter of 2022,” the announcement confirmed.