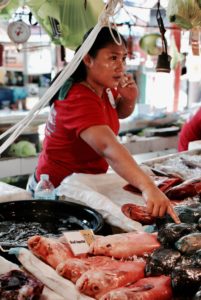 Lista, a bookkeeping app for small businesses operating in the Philippines, has secured an undisclosed amount of funding via an oversubscribed round that included contributions from 1982 Ventures, East Ventures, Saison Capital, Alternate Ventures, and various angel investors.

Lista’s management noted that they’ll use the proceeds from the investment round to expand their professional team as well as their product offering to reach even more SMEs offering services in the Philippines.

Via its financial inclusion app, Lista provides residents in the Southeast Asian country with a free-of-cost and secure way of managing finances including tracking debts, recording transfers, and generating invoices.

Lista has been founded by Aaron Villegas, a veteran entrepreneur with product experience, and Khriz Lim, an ex- Grab exec who reportedly led GrabFood’s expansion into Asian markets.

Since its launch in September of this year, Lista has assisted with collecting nearly $1.5 million in receivables for small businesses operating in the Philippines.

“Helping Philippine MSMEs was an advocacy close to my heart. Growing up, I saw the challenges my family endured in running a sari-sari store (community store). I spent almost a year just talking to various MSMEs in the province and trying different ideas to help them grow. And that’s when I realized that the first thing to do to really help them grow is through digitization and replacing pen and paper with easy-to-use tech.”

“MSMEs are the backbone of the Philippine economy and it’s time we stop leaving them behind. Through this app, we want to revolutionize the way MSMEs operate and provide them with a reliable digital partner for small businesses in the country.”