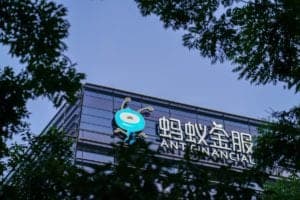 China’s reserve bank confirmed on Friday (November 26, 2021) that it had accepted the application to launch a personal credit-scoring joint venture that is reportedly being backed by Alibaba‘s (NYSE: BABA) Fintech division Ant Group and various other companies.

As reported by Reuters, the business entity will be officially registered in Hangzhou, Zhejiang province. It will have 1 billion yuan (appr. $156.50 million) in capital, the People’s Bank of China (PBoC) revealed. The city is where Alibaba and Ant have established their business offices.

Ant’s management noted that the State-backed Zhejiang Tourism Investment Group Co Ltd will each be owning around 35% of the initiative. This, according to an official statement from the PBoC.

Other state-backed business partners, such as Hangzhou Finance and Investment Group and Zhejiang Electronic Port, will reportedly maintain a 6.5% stake (each).

Transfar Group, a non-state-backed shareholder, will reportedly maintain a 7% stake, meanwhile, the remaining 10% will be owned by Hangzhou Xishu.

As mentioned in the announcement, Hangzhou Xishu is a business entity that manages worker stock ownership plans (according to sources familiar with the matter and cited by Reuters).

The establishment of the venture unit is reportedly a part of Ant Group’s updated business strategy which is being guided by demands from Chinese regulators who had come in the way of the firm’s  initial public offering (IPO) in November 2020.

The Chinese government has been calling for state-backed companies to exert greater influence over the fast-evolving yet loosely regulated businesses. It also aims to serve as the reserve bank’s attempt or efforts to link up loan data among various digital lending platforms, and tighten up existing controls in credit information sharing to reduce the amount of over-borrowing and fraudulent activities.

Prior to Qiantang, the reserve bank had cleared Baihang Credit back in 2018, which is China’s first licensed/authorized personal credit service provider with nine different parties being co-invested, including credit rating divisions of Ant Group as well as Tencent Holdings.

It issued a second such approval to establish Pudao Credit Rating in December of last year, which is an initiative between the investment division of the Beijing government and subsidiaries of digital commerce platform JD.com and smartphone firm Xiaomi Corp.