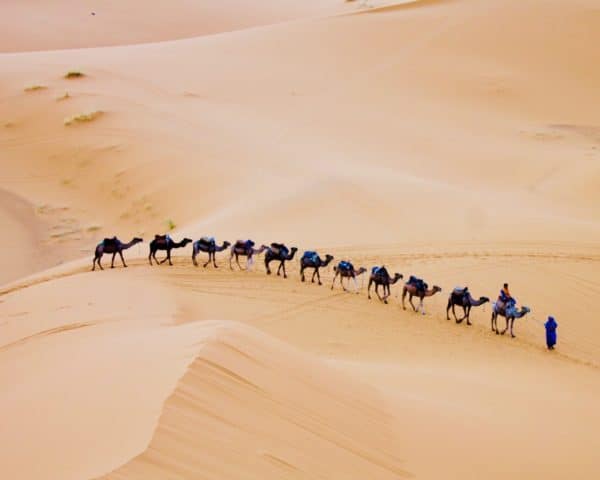 In an attempt to improve the movie industry, NFT Community Arabian Camels and Swapp Protocol have introduced the “Antara Movie NFT,” which allows buyers to hold as much as 50% Intellectual Property rights to “Antara,” a $50M feature film based on the life of Arabian knight Antarah Ibn Shaddad.

“My vision was to create a system to produce films that normally cost more than $50M, completely risk-free. In addition to eliminating funding risks, this system would allow films to be owned by the fans, the NFT owners. This feat would not have been possible without Swapp’s innovative NFT Farming capabilities and blockchain/cryptocurrency knowledge and platforms.”

The announcement also mentioned that farming allows the films to be funded, while simultaneously “providing a direct monetary benefit to those who support the project, before the theatrical release.”

As noted in the update, this paradigm shift “moves the control of the industry away from traditional lenders and production studios, and into the hands of individuals/fans who support the film, which Swapp coined.”

“With the power of community, speed of the internet, and dexterity of DeFi, we are generating a tectonic shift that will create waves of opportunity in the film industry,”

Members from the Arabian Camel NFT community will “share in the ownership of the film, get roles in the movie, credit as producers, and join the production team for exclusive gatherings on the set in the Arabian Desert with the cast and crew,” the update noted.

Arabian Camels has also worked with Dominic Ryder, CEO of vEmpire, whose token has recently surged 1500% and reached a market cap of $100M.

Dominic Ryder’s protocol is “in the process of designing and creating the ANTARA Play-To-Earn game,” the announcement revealed.

For context, Antarah Ibn Shaddad was a black slave in ancient/pre-Islamic Arabia, who won his freedom and “became a lofty knight.”

He rose to stardom in the 5th century, “not only due to his character and prowess on the battlefield but also, his miraculous talent as a poet,” the update noted.

His poetry was “held in such high regard, that it was sewn in gold, and suspended on the Kaaba in Mecca before the days of Islam.” To this day, if one studies Arabic Literature in Oxford or Cambridge, the poetry of Antara is “still studied and revered,” the announcement revealed.