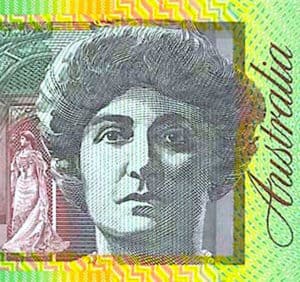 SME lending Fintech Tradeplus24 Australia has restructured $25 million of its debt facilities to underpin “the execution of a material debt transaction of over $100 million and reduce its cost of funding by 4%,” according to a note shared with CI.

iPartners has secured the senior debt position and Wentworth Williamson has, “alongside other existing debt providers, taken the remaining mezzanine debt position,” the update noted.

As a result of the transaction, Tradeplus24 is structuring a $100 million growth debt facility “at terms that will allow it to rapidly scale and offer SME lines of credit at comparable rates to lenders requiring residential property as collateral – meaning the family home of many more Australian business owners will not be put at risk,” the announcement revealed.

The announcement also mentioned that the debt restructuring is “a reflection of significantly reduced funding risk resulting from Tradeplus24’s rapid growth in Australian lending volumes over the past 6 months, as well as an influx of inquiries from debt funders following its recent $225 million raise.”

Recently, Tradeplus24 released calculations that “showed an entrenched lack of competition and predatory lending industry practices is leaving Australian SMEs underfinanced to the tune of $291 billion through invoice financing alone when compared to UK SMEs.”

Tradeplus24’s experience operating across the United Kingdom, Switzerland, The Netherlands, and Australia has “allowed it to identify several predatory practices rampant in the Australian market which it believes are causing the underfinancing and hurting Australian SMEs disproportionately to other markets.”

Among the issues was the “far higher proportion of residential real estate security being used by Australian business lenders than others in the OECD.”

The announcement further noted that Tradeplus24 believes these issues “open up a significant market opportunity for it to rapidly scale in Australia, as it helps to usher in a new era of fairer practices and better invoice finance products.”

“This new debt deal is an important reflection of the strong confidence the debt capital markets are showing in our unique structure. With this cheaper debt, we hope to eliminate the need for more business owners to put their family home at risk to remain solvent, especially when they should be scaling up and growing the Australian economy.”

“We also wish to help stamp out unfair industry practices such as price discriminating against SMEs outside the bank’s lending criteria, controlling the SME’s bank account, preventing the SME from taking on other sources of debt, enforcing purposefully complex fee structures, and locking SMEs into contracts of up to 2 years, despite the invoices being funded having an average term of around 40 days.”

“iPartners is very happy to be supporting Tradeplus24 through its next stage of growth. We can see a very bright future for their unique invoice financing model to change the game for Australian SMEs.”

“We have been looking for a quality lender to partner with following the growth of our fund and we have found that in Tradeplus24. They have a quality team, great product and sophisticated debt structure. We look forward to partnering with Tradeplus24 to deliver returns for our investors while also helping the wider economy.”

As mentioned in a release, Tradeplus24 Australia is an alternative lending Fintech that offers SMEs with a receivables backed line of credit solution to “manage cash flow and allow for rapid growth.”

It is launching help to “address the $80 billion credit undersupply to Australian businesses, and offers larger loan sizes than most tech-based alternative lenders can provide: between $200,000 to $3 million.”