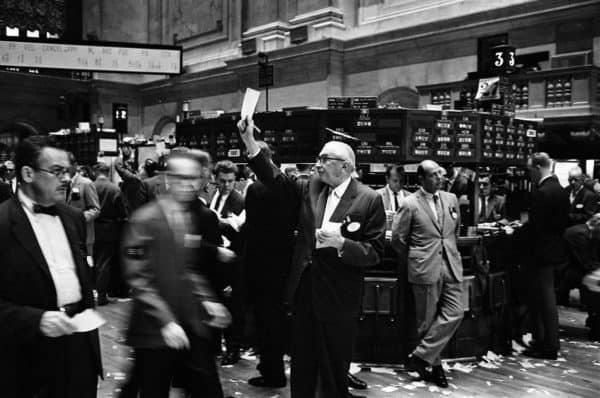 Shaun Scovil, General Manager at digital assets firm Poloniex, notes that as they embark on their eighth year of operations, the team has reflected on all the great things they think they’ve accomplished so far, while “preparing for the exciting challenges and opportunities ahead.”

Shaun wrote in a blog post that it occurred to him that very few people actually “know the story behind this legendary crypto exchange.” That’s why he thought it would be a good idea to “share a bit of history and give you a glimpse of what’s to come in 2022.”

Shaun noted that Poloniex was established back in 2014 by Tristan D’Agosta, a musician who was quite passionate about crypto and was looking for an exchange he “could trust to safely trade Bitcoin and other digital assets.” Shaun reveals that Tristan had been “unsatisfied with what was available at the time, [so] he taught himself how to code and created Poloniex.”

As mentioned in the blog post, Poloniex was among the first to list Tether (USDT) and Ethereum (ETH), and “continuously supported a plethora of strong altcoin projects including ETC, Zcash and AMP.”

Then in 2017, the price of BTC, ETH, and every altcoin was “going to the moon, attracting waves of new investors to the exchange,” Shaun recalls. By the end of 2017, they “became the leading exchange for altcoins,” he claims.

He added that Circle began “the process of acquiring Poloniex in mid-2017, when the bull market was really starting to heat up.”

Shaun also recalls that he had been working as a software engineer at Circle at that time. During the Circle era, they experienced “a huge market correction and dealt with some serious issues, but [they] also made key improvements to [their] infrastructure.”

Shaun also shared that Poloniex was “very nearly re-branded as “Circle X”, until [they] realized the strength of the brand was one of the most valuable things [they] had purchased.”

Shaun further noted that one day in 2019, during their weekly All Hands meeting, Jeremy Allaire informed the team that he had “sold Poloniex to a private investment group led by Justin Sun.”

Where Circle had focused mainly on the US, Justin decided to “no longer do business there and instead focus on Asian markets.”

“Roughly two-thirds of Circle’s workforce (myself included) decided to stay with Poloniex. Once the separation from Circle was complete, we launched a new futures trading platform. Then we built Engineering and Customer Support teams in Hong Kong, Malaysia, and Singapore. When COVID-19 hit, we adopted (and eventually embraced) a remote work culture.”

Shaun confirmed that they “not only survived a global pandemic but thrived throughout it.”

Shaun further revealed that they “strengthened [their] recruiting, interviewing, and onboarding processes.” They also “improved the stability of [their] trading platform and wallet infrastructure and relieved pressure on engineers by splitting [their] 24-hour on-call rotations between teams in the East and West.”

He further claims that they “showed great resilience as [they] reinvented ourselves and achieved profitability.”

“We are a tight-knit, battle-hardened team that has gotten quite good at quickly adapting to major changes while safely operating a 24×365 crypto exchange with billions of dollars in assets under administration”

He pointed out that their goal is to “become a Top 10 exchange.” They “know exactly what [they] need to do to get there, and [they] are already doing it,” Shaun claims while noting that they are also “keenly aware” of their shortcomings.

“We need to build a better trade engine. Our current system has some scalability issues that force us to rate-limit high volume traders. These are market makers who provide liquidity on the exchange. They are the folks who ensure our customers can trade any asset at any time, in any amount, and still get a fair market price. Development of our new trading system is already well underway, and we plan to release a sandbox environment in Q1 so our market makers can take it for a test drive.”

“Later in the year, we will completely re-imagine our margin trading and peer-to-peer lending products. We want to enable passive investors to earn interest on the crypto they HODL, with options for varying degrees of risk tolerance. We also want to offer a simplified experience for casual traders who just want to make a quick trade.”

“With more liquidity and a better UX, we’ll focus on meeting the account management needs of institutional investors. We’re also considering offering our advanced wallet infrastructure as a service, to help other businesses safely manage their digital assets.”

With the release of these innovative products and services, the team will aim to consolidate the existing market, offer users with more extensive asset management services, and “accelerate the pace of expanding into emerging markets,” Shaun added.

In order to make all of this possible, they need to “double in size over the next year,” Shaun noted while adding that right now, they have “a global headcount of roughly 150 people.” He also acknowledged that “is a skeleton crew, considering all it takes to run a global crypto exchange.”

He confirmed that they plan to “launch a major hiring campaign and bring [their] headcount up to 300 by the end of 2022.“