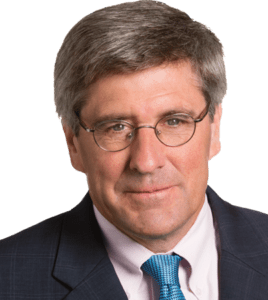 Stephan Moore, a well-known economist who is a distinguished Visiting Fellow at the Heritage Foundation, WSJ editorial board member, and at one time considered as a Federal Reserve Governor, has joined blockchain firm PraSaga as Chief Economist.

Moore issued the following statement on the news:

“I am excited about the potential that PraSaga has to reinvent the efficiency of the blockchain and our overall economy. I agreed to join the foundation’s efforts because its blockchain technology could be the next big thing in the evolution of digital currency and cryptocurrency.”

“The addition of Stephen Moore to our company sets PraSaga apart from other blockchains. With Stephen and his team helming our monetary policy it means that PraSaga can assure its Token Purchasers that we are working to make a global cryptocurrency that can be truly used as a stable vehicle of commerce.”

According to PraSaga, Moore is building a team of the top monetary economists to advise PraSaga on how to best build a world-class crypto-treasury, creating a token that will be embraced by enterprises, governments, and consumers.

PraSaga is a Swiss Foundation with offices in Las Vegas, Nevada.