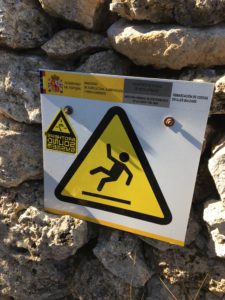 Coinbase Global (NASDAQ: COIN) has reportedly removed “how to buy” instructions for around three digital tokens which have been the subject of “rug pull” warnings – which claims that people could lose their funds. Coinbase’s management also mentioned that they are focused on enhancing safeguards.

Jaclyn Sales, a Coinbase representative, stated that the links had been taken down from the digital asset exchange’s official site after they had been brought to the firm’s attention this past week by the team at Reuters. There will also be an update in safeguards on its auto-created web pages.

As covered, Coinbase has various pages that provide tips on investing in crypto tokens and the pages in question had been informational (and not focused on making such offers available to trade via the exchange’s wallet or app).

Sales stated that the pages, which include a disclaimer that the information should not be taken as investment advice and that the company would not be responsible for “errors and delays”, had been created automatically from information provided by crypto data site CoinMarketCap.

CoinMarketCap stated it wasn’t actually aware of the Coinbase pages and its VP of growth and operations Shaun Heng noted that there wasn’t any official partnership with Coinbase.

Sales also noted it wasn’t quite sure if Coinbase performed thorough checks on the virtual currencies whose information pages it had taken down. Coinbase will be creating a more “robust disclaimer” for the asset pages which are being “auto-created,” the digital asset firm told Reuters.

Coinbase will also develop a process to take down other pages which CoinMarketCap has “flagged as potentially being scams,” the firm noted, while claiming that crypto-assets that relate to known scams were not actually tradeable on their platforms.

Notably, one of the pages taken down Coinbase had featured DeFi100 and told people to go to CoinMarketCap in order to learn about where it may be purchased.

But the DeFi100 page on CoinMarketCap has cautioned that they have received “multiple reports that this project has exited as a scam. Please exercise caution.”

CoinMarketCap, which doesn’t actually sell any virtual currencies via its official website, stated that DeFi100’s crypto tokens have not registered daily trading volumes since November 14, 2022.

DeFi100’s site and Medium blog page are currently offline and its last tweet was sent out in May 2021, Reuters reported.

Twitter users have claimed (in May of last year) that DeFi100 had carried out a “rug pull”, where unsuspecting investors deposit funds into fraudulent projects before the initiative’s founding team runs away or disappears with the money.

DeFi100 had reportedly denied the claims that it was a scam. They had also promised last year to “bring the project back on its feet”.

There have been several other projects that appeared to have vanished completely after taking investors’ hard-earned cash.