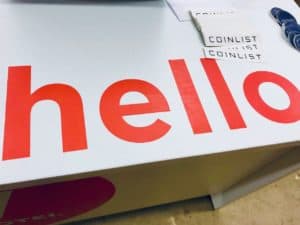 The roster for CoinList Seed’s Winter 2022 batch is proof positive venture capital funding for blockchain startups is as strong as ever, the company said.

Between 2020 and 2021 VC funding for blockchain-based startups soared from $3.1 billion in 2020 to $25.2 billion only one year later, CoinList said, citing CB Insights data. The 1,000-plus blockchain deals in 2021 represented more than four per cent of global venture capital committed during the year, and 79 per cent of that was directed to early stage startups.

In a blog post, CoinList said the infusion is due to some investors who have made good profits from token launches deploying some of that capital in the space in the hopes of backing eventual lucrative winners.

Over the past two years CoinList Seed has hosted more than 50 crypto startups. The latest cohort attracted more than 1,000 applications. Some graduates have gone on the raise funding from the likes of Electric Capital, Pantera Capital, Multicoin, Placeholder, and Blocktower.

“Participants have benefited from broad exposure to the CoinList community of over four million KYC-verified users, collaborations with other CoinList Seed companies, and lots of love from crypto media,” the post stated.

The members of the CoinList Seed winter 2022 class are:

1. EthSign is the first ever Web 3 native agreement signing and execution platform.

2. Exorde is a Web 3 protocol that empowers developers to scrape and link all public data on the web.

4. Mesha is a decentralized social investing platform that lets users invest together in teams.

5. Paychant helps businesses in Africa to easily accept digital currency for online payments, saving up to 90 per cent of transaction fees that traditional payment gateways charge.

6. Smoothie is a tokenized awards protocol that helps founders launch their web3 projects.

Acala is a DeFi platform built for the Polkadot ecosystem. Since participating in CoinList Seed, Acala has secured a $7million million round from top VCs at the end of 2020; raised more than $61 million from 26,000-plus contributors for the Acala treasury; won Polkadot’s first ever parachain auction, having received 32.5 million DOT tokens worth $1.27 billion for the auction; and most recently, launched the aUSD token, a decentralized, multi-collateral stablecoin that will power its DeFi economy.

Parsiq is a blockchain data monitoring platform. It has since launched its $PRQ token, raised a $3 million funding round led by the Solana Foundation, and secured strategic partnerships with more than 50 companies in the crypto and traditional finance space, including brands like Solana, AAVE, Polkadot, Clover Finance, and Balancer Protocol. Its network has 43,000 registered users and more than 150,000 deployed smart triggers, or smart-contracts deployed into the PARSIQ environment.

Rabbi Hole is a learn-to-earn platform that partners with protocols to drive awareness and network user acquisition. The company raised an $18 million Series A and partnered with such protocols as TheGraph and PoolTogether.

Pawnfi is a protocol for non-standard assets. It recently raised a $3 million strategic round, partnered with fellow CoinList Seed member Biconomy to enhance the liquidity of NFT assets and build Web 3 products, and worked with metaverse projects.