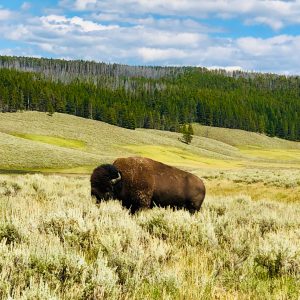 The city is leveraging various initiatives, “including a tech-startup competition that’s contributed $1 billion in capital, and a community-focused tech bootcamp to recruit technology companies and workers.”

Recently, the Buffalo region “recruited Odoo and Rural Sourcing, two software companies creating over 300 new tech jobs.” In addition to global corporations expanding to Buffalo, various companies have “selected the region as a destination to build their product from the ground up.”

Since 2014, 43North, a tech-startup competition, has “invested in 51 startups from around the world and created more than 800 local jobs.” Industries and verticals “range from artificial intelligence to medical devices, consumer products, manufacturing, and all-in-one software platforms.”

“Buffalo is showing itself as a region where tech and innovation can thrive. More companies are launching here, more companies are raising capital here, and perhaps most telling of our traction, more companies from outside our region – are choosing to open offices here. This success is fueling a renewed optimism across our city, while inspiring and cultivating entrepreneurship like never before,”

The region’s first software unicorn, ACV, “executed a successful initial public offering in 2021. ACV was founded in Buffalo and went on to win 43North’s top investment prize.” The ACV windfall helped to “support the creation of the 43North Foundation that will use proceeds of successful exits to reinvest in Buffalo’s technology economy.”

“Buffalo’s tech region is now proven with more and more companies choosing to launch and put down roots in Western New York—from innovative startups to multinational corporations, we have incredible talent. Since beginning my journey as an entrepreneur and now leading ACV, the startup and tech ecosystem has really taken off. The people of Buffalo along with the business community have proven that success and innovation are grown in our backyard. Together, we have built something exciting that’s attracting executives and emerging tech talent from all corners of the world.”

The program is facilitated by TechBuffalo, which “helps develop, attract and retain local technology talent that Western New York needs to compete in the modern economy.”

Further resources for companies and researchers to actively develop emerging technologies are also offer at the University at Buffalo (UB).

Through startup incubator spaces and research and development labs like the Center of Excellence in Materials Informatics, which “helps manufacturing companies develop innovative products, as well as The Center of Excellence in Bioinformatics and Life Sciences, a hub for life sciences and technology-based scientific discovery, UB helps inventors transform their ideas into commercial technology while facilitating collaboration among academia, industry and the public sector in order to create jobs that impact the region.”

Over 50 startups have been “developed through UB and incubator spaces,” according to an update shared with Crowdfund Insider.

To find out more about Buffalo’s resources for startup companies, you can check out this link.