The arrangement is made in partnership with venture capital investment firm Greycroft, which has more than $2 billion in total capital commitments across its funds. Yieldstreet said it will partner with other venture capital firms as more deals are offered on the platform giving investors access to leading startup companies before they go public. 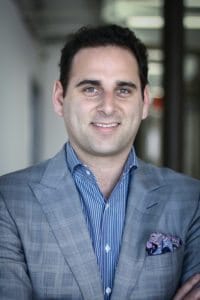 “Yieldstreet is all about access to the kinds of investments that were traditionally offered to an elite few,” its co-founder and president Michael Weisz said. “The ability to invest with the partners we bring to the table not only gives us (investors) the opportunity to make money, like the ultra-rich, it gives all of us a chance to get a piece of equity in something new and exciting before a company goes public. Ultimately, Yieldstreet gives you the potential to build a more stable future.”

Fetch Rewards, based in Madison Wis., was founded in 2013 and allows consumers to scan receipts, earn points based on their purchases and convert them into rewards like gift certificates or even charitable donations. CEO Wes Schroll recently said the company raised $240 million in a funding round that values the company at more than $2.5 billion.

Flutterwave is a Fintech company that provides a payment infrastructure for global merchants and payment service providers across Africa. The company, founded in 2016 and headquartered in San Francisco, successfully closed a Series C funding round last year, achieving “unicorn” status.

Investments in Fetch and Flutterwave, plus future direct VC offerings on Yieldstreet, will primarily be made at their Series C funding round or later as companies at these stages tend to have proven their product concept and scalability, Yieldstreet said in a statement. Historically, they added, the time to a liquidity event can be shorter if an investor goes in during later funding rounds instead of investing at the seed or Series A round. While the returns might be less when investing in later rounds of funding, the risk-adjusted return for investors can potentially be more suitable.

Greycroft may partner with Yieldstreet, as a sub-advisor, when suitable to offer Yieldstreet investors the opportunity to invest in existing portfolio companies of Greycroft funds.