Next week, Advent Entertainment will pursue a digital security offering on INX  for a token tied to royalties.

The initial token sale hopes to raise a minimum amount of $15 million. The tokens are being issued under Reg D and Reg S. There is a minimum investment amount of $7500 at a per-token price of $1.00. As an investor, the company aims to pay 125% of the initial token price in a profit split (80/20). The offering page indicates there is a possibility for a pro-rated equity stake of 10% as well as a 10% share of ongoing royalties.

Shy Datika, CEO of INX, stated in a release they are very excited to offer the security token for Advent:

“Until now, only an elite group of investors could reap the benefits from these types of opportunities. By democratizing alternative investments, investors from all over the world are able to take advantage of the wealth of opportunities that are available through digital assets like the Advent Token.”

Lee Baker, CEO of Advent Entertainment, said they are “stepping into new territory” in pursuing the token issuance, with INX handling the offering process.

In 2018, Advent filed a Form D that indicated it sought to raise $50 million in a private offering.

The digital asset will trade on “INX One,” which offers trading in securities and cryptocurrencies.

INX pursued a security token offering in 2021 that reportedly raised around $83 million.

Earlier this year, INX announced a listing on the Canadian NEO Exchange, where its shares trade. Currently, the company has a market cap of around CND $49 million. INX tokens also trade on INX One. 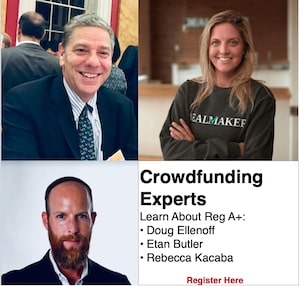