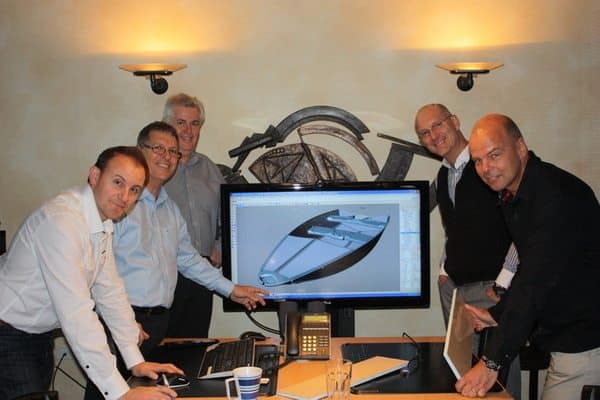 Quickboat Holdings Pty Ltd has, throughout the month of November 2012, conducted a crowdfunding campaign through the Indiegogo.com platform. The company’s target of $20k was reached within 26 hours of the campaign launch, and ultimately secured over $65k from a total of 44 funders.

The target of $20k was earmarked by the company to help finance the approval and licensing process for various international regulatory authorities, including the U.S. Coast Guard. The additional funds will, according to the company’s President, Deryck Graham, help bring Quickboats to more markets earlier.

“We are naturally delighted with the response we received to our Indiegogo.com campaign” said Mr Graham. “Not only have we received financial support from funders from all over the world, including the Netherlands, USA, Canada, Brazil, Sweden and Australia, but Indiegogo also helped us to take news of the Quickboat to a dynamic audience.”

“People who embrace the crowd funding model are modern day heroes” said Mr Graham. “They give what they can to support worthy causes, entrepreneurs and technology advancement in a world where old-school funding for these ventures has all but dried up.”

With the Quickboats folding boat campaign, funders were given the opportunity to fund at several different levels, from a donation of $10, through to country-reseller rights for $6000. While one of the reseller rights package was snapped up, it was the Buy a Quickboat package for $3000 that was most popular, with 19 sold.

“As a result, our campaign now holds the record as the second highest average funding per item with Indiegogo” said Mr Graham.

However, it was that the company’s folding boat was immediately embraced internationally that really impressed the Quickboats team – the first purchase was from The Netherlands.

“So many people learned about Quickboats via Indiegogo. They watched the videos, visited our Quickboats.com website, and then took to social media to spread the word to friends, family and colleagues” explained Mr Graham.

“What has really created the buzz has been not just the portability and ease-of-assembly of Quickboats, but the twenty-first century materials we are using – advanced fibers like Kevlar® and Mylar® films.”