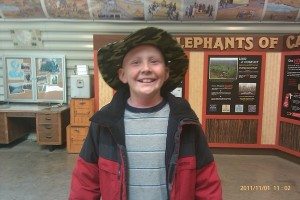 Crowdfunding platform Fundly  has announced the winners of the Fundly Campaign of the Year Challenge to recognize standout crowdfunding campaigns among the more than 30,000 fundraising campaigns on its platform.

Fundly is showcasing these standout examples of crowdfunding for social change to recognize the creativity, dedication and success of those leading the winning campaigns and inspire others to learn from the winners’ inventive ways of using Fundly’s platform to leverage their social networks to fundraise for a diverse array of causes.

“Fundly Campaign of the Year winners are inspiring examples of crowdfunding’s highest potential – driving social change,” said Fundly CEO, Dave Boyce . “Fundly’s mission is to help more people give more, and these winning organizations and individuals personify that mission and will undoubtedly motivate and help others succeed in their fundraising efforts.”

The Fundly Campaign of the Year Winners are:

To date, Fundly has enabled more than 30,000 campaigns led by individuals, volunteer groups and nonprofit organizations of all sizes to collectively raise more than $305 million for their causes.