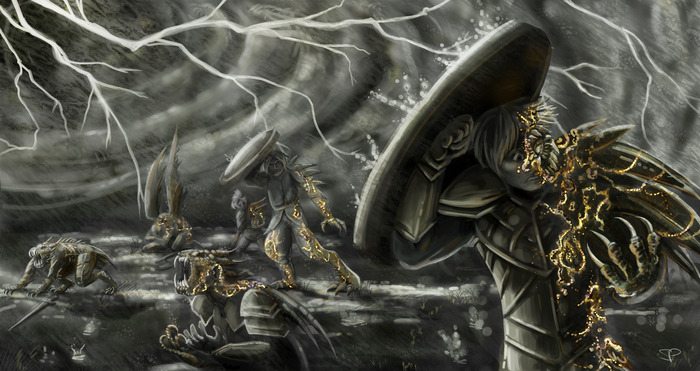 Camelot Unchained is an MMORPG video game made for the PC that is approaching both the end of a Kickstarter campaign and a $2 million goal. If successful it would cement a place on the ever-changing crowdfunding leaderboard as one of the biggest campaigns of all time. It would also become one of the most ambitious projects to ever be funded on Kickstarter.

Core to Camelot Chained is the game’s engine, which promises fantastic performance even with hundreds of active players participating at once. From the Kickstarter page…

Tech Director and lead programmer Andrew Meggs is spearheading the creation of our internal Unchained Engine. It’s sole purpose: to allow our players to fight epic RvR battles in a dynamic world, without the slideshows or limitations of many past games. Our objectives for this engine are:

Each update from Andrew has highlighted the continued expansion of the engine’s capabilities while maintaining an ultra-high rate of FPS, and we’re still making improvements.

This is an incredibly ambitious project with a delivery timeline stretched out all the way into 2015. It is one of the longest and most detailed project descriptions I have ever personally seen as well, with over an hour of video on the project and even some of the technological specifics of the game. There are also detailed outlines of the stretch goals and reward levels. It is definitely an offering everyone should see.

We’ll have more on this campaign tomorrow.