CrowdIt crowdfunding platform has announced that a local film company, Brutal Brothers Films, will receive a

crowdfunding opportunity at no charge, as part of the “DreamIt Award” given at the SATO48 film contest for Springfield and the Ozarks filmmakers.  Brutal Brothers Films will have the opportunity to expand production through raising capital and networking on CrowdIt. If the project is submitted by June 1, 2013, it will be eligible to win an additional $10,000 from CrowdIt.

“We are excited to have CrowdIt partner with us in inspiring creativity and supporting the arts,” said Kyaw Tha Hla, co-founder of SATO48 with Jeff Clinkenbeard . “Crowdfunding has launched many fledgling filmmakers to big time success and CrowdIt offers additional features such as networking and peer review that will be extremely valuable for Brutal Brothers Films.”

CrowdIt CFO, Paul Freeman , presented the “DreamIt Award,” which recognizes filmmakers with big long-term ideas, to Brutal Brothers Films on May 2 at the recognition and awards ceremony in Springfield, Mo. 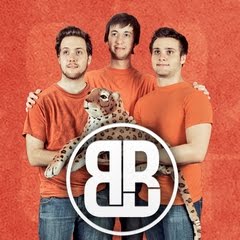 This year was the eighth anniversary of SATO48.  The contest gives contestants 48 hours to create and produce a short film using specific themes and props given at the start of the contest.

“I look forward to seeing Brutal Brothers use CrowdIt to achieve their dream,” said Freeman.  “Their mission to create a production studio for filmmakers is exactly the type of project we like to see on CrowdIt and we can provide them with tools beyond funding for long term growth and success.”Brutal Brothers Films creates short comedic clips and aims to build their fan base while creating a production studio for both musicians and filmmakers.