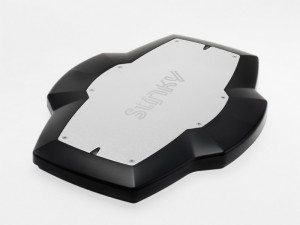 The Stinky Footboard was created with the idea of increasing players’ speed in real-time strategy (RTS), first-person shooter (FPS), MMO and multiplayer online battle arena (MOBA) titles by giving them the option of activating specific triggers and actions using their feet, rather than their hands. This, in theory, frees the player’s fingers to control other actions at the exact same time, saving time and improving their performance.

For instance, by using the Footboard to throw grenades or change weapons in an FPS, players can constantly keep their fingers on the WASD keys, never being forced to actually stand still as they move their fingers to other keys.