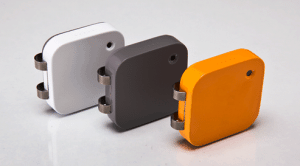 Your every moment, documented. That’s the Memoto concept, a tiny wearable camera that snaps a shot every thirty seconds to digitally augment your memory. Early doubts as to whether enough people would want to record each waking moment were quickly squashed when the Memoto Kickstarter saw 11x the expected pledges, though the challenge of bringing such an ambitious product to market has ended up taking the Swedish team longer than expected. We caught up with Martin Källström, CEO and co-founder of Memoto to check out the latest prototype, talk product development in the public eye, and find out what comes next for the clip-on camera.

If life-logging has passed you by, a brief recap. A subset of wearables, rather than blending digital graphics with your vision, as with augmented/mediated reality, life-logging instead attempts to document your daily life. Most commonly done with still photos, the concept is perhaps best known in connection with the work of Microsoft’s Gordon Bell, who for years has been wearing a custom-made camera that fires off a shot periodically.