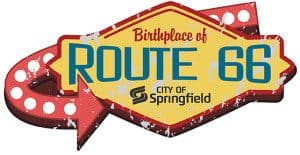 Crowdfunding portal CrowdIt has announced that the City of Springfield, Missouri has selected their platform to crowdfund major elements of its Route 66 SGF Roadside Park, a key new landmark of historic Route 66 through the city, “Bringing New Life to an Old Street“.

As the birthplace of Route 66, Springfield is the first municipality to use crowdfunding to help renovate the renowned national highway. CrowdIt was selected because of its local Springfield roots and early growing success in the crowdfunding market. 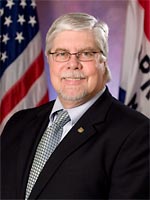 “Citizens have asked how they can help renovate the birthplace of the historic Route 66 highway,” said Springfield Mayor Bob Stephens. “By enlisting the support of the community with citizen donations through Crowdit (a local supporter, employer and business), we feel we are helping play an important role in restoring the very essence of what Route 66 symbolizes – a piece of America that runs through the heart of our country.  Route 66 has touched so many people and they want to be a part of the legacy of what this highway means to America.”

“As a long-time resident, supporter and entrepreneur of Springfield, CrowdIt is proud to help play such an important role in demonstrating the energy, enthusiasm and devotion of our local community toward helping renovate historic Route 66,” said Jason Graf, co-founder and CEO of CrowdIt. “The crowd and community of Springfield have a great opportunity to band together and show its support as the birthplace of this nationwide highway. Together, we know we can make

Springfield the example of what American pride means. We are grateful to the city for this opportunity and look forward to showcasing how strong and passionate Springfield citizens’ are when it comes to preserving and restoring such an American icon.”

City officials will be on hand at Springfield’s Route 66 Festival, which takes place 10 a.m. – 4 p.m., Saturday, Aug. 10 at Springfield’s Park Central Square to provide additional information about the initiative. CrowdIt will be donating all the proceeds received to the renovation project.