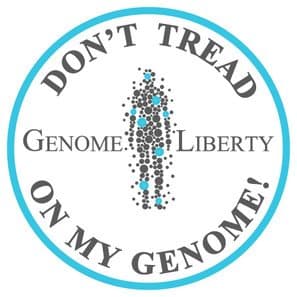 Following the Supreme Court’s decision declaring that human genes cannot be patented, two scientists have started a company that will give people direct access to their own genetic information – which can have an immediate impact on their health and well being.  Now the pair are crowdfunding on RocketHub to develop a genome drug analysis test.

Christopher Mason, PhD, of Weill Cornell Medical College, and Jeffrey Rosenfeld, PhD, of Rutgers Medical School, have formed Genome Liberty to offer immediate, personalized genetic testing directly to the public – although the results should used in concert with a doctor. The crowdfunding campaign is to raise $100,000 to allow the work necessary to refine the list of genetic markers and to build the infrastructure to handle a large number of tests. 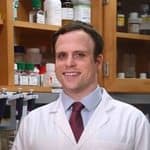 at the DNA for all of their genes – which had been hidden behind patent walls for companies that had a monopoly on such testing,” Mason said. “Our next-generation sequencing technology allows individuals to be proactive in understanding how their genome can affect their health decisions.”

Previously, individuals had to rely on their doctors to understand their health and to make proper medical decisions for them. As scientists and doctors have found the molecular basis for disease and drug response, it has become increasingly clear that a “one-size-fits-all” framework for medicine is not in patients’ best interest.

“Genome Liberty fills an important void in our current medical system,” Rosenfeld said. “For example, there are clear genetic markers for many medications that will determine whether a person will respond properly or may have extreme side-effects, including 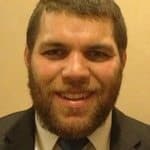 estrogen, codeine, Plavix, Nexium, Prilosec, Zocor, Dilantin, Coumadin, Haloperidol, Abilify, and Celexa.  Such tests are very rarely performed before a drug is prescribed, but they offer distinct advantages.  They overcome most doctors’ insufficient understanding of, and even fear of, genetics and genetic testing.”

The test costs $99, provides information for a lifetime, and covers dozens of frequently prescribed drugs. It also looks for a condition known as Factor V Leiden that can cause dangerous blood clots when women who have this condition take estrogen, either for birth-control or hormone replacement.  Many of these tests are encouraged by the FDA on the drug label, but they are not widely requested.

“The test provides only immediately useful information,” Mason said.  “Many people are wary of having a genetic test performed because they do not want results that will scare them.  Some people do not want to be told that they are at high risk for diseases that are currently untreatable. Genome Liberty’s primary focus is on actionable genetic information to help people make smart medical choices.”

Genome Liberty’s co-founders are established leaders in genetics and the understanding the human genome. Dr. Christopher Mason is a faculty member of the Weill Cornell Medical School and was a witness for the successful plaintiffs in the Supreme Court case.  Dr. Jeffrey Rosenfeld is a faculty member at the Rutgers New Jersey Medical School where his research focuses on human genome variation. He is also a research associate at the American Museum of Natural History.