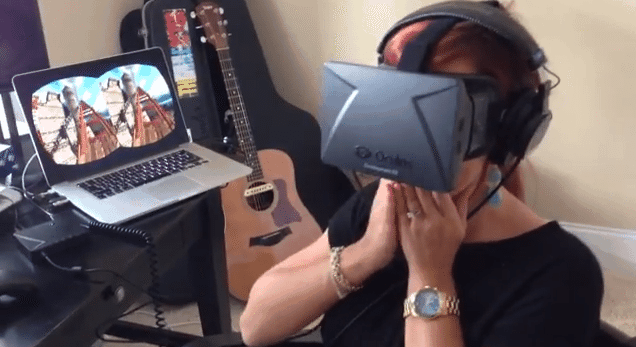 Oculus Rift crowdfunded over $2.4 Million on Kickstarter just over a year ago and remains one of the super-stars of crowdfunding.  Oculus went on to raise $16 Million in an A round of financing with some pretty big name supporters attached.

While this soon to be ubiquitous product has not yet taken over the world of gaming – it is going to.  And soon.  Have any doubts?  Watch this video from YouTuber “Babson McChonkers” who had just received his developers kit and surprised his wife with the future of gaming by plugging her into the “Rift Coaster”.  Really cool. I want one now.