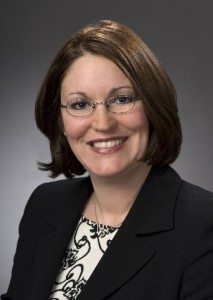 The Ohio Division of Securities filed a notice of intent to issue a cease & desist against SoMoLend, at least in part due to alleged fraudulent projections and other misgivings Candace Klein made on SoMoLend’s behalf. Candace Klein has since stepped down as SoMoLend CEO.

This sent shock waves through the crowdfunding industry as Klein had a prominent leadership role in the space. She is the former Chair of the Crowdfund Intermediary Regulatory Advocates (CFIRA), a group that lobbies on behalf of crowdfunding intermediaries.

Some questioned the State’s motivations in levying the notice against SoMoLend. There is a hearing scheduled for October 17th and 18th at which point we’ll find out more about the fate of SoMoLend and Klein.

Now Commissioner Seidt has taken a leadership role at the NASAA, an organization that has a history of being cautious on the topic of crowdfunding exemptions at the federal level. The NASAA has listed crowdfunding as a “top danger” and released an advisory notice warning investors of “unscrupulous issuers and intermediaries who may attempt to engage in crowdfunding before the rules are written.”

In her Presidential Address, Seidt shared her vision for the NASAA’s agenda over the next 12 months. Seidt said that the NASAA should strive for “smarter regulation” and should work to promote regulation that “does not shy away from the reality that new technologies, even new modes of investing, are moving forward and will continue to evolve.”

If you are a securities regulator, however, chances are you know good, hardworking people in the industry who lost their jobs as the result of the recent financial crisis and know many others who did in fact lose the bulk or entirety of their life savings. Chances are you’ve fielded calls from senior investors who lack the means and the time to make back what they spent a lifetime building. You may even have had the unsettling experience of seeing an investor in that situation break down and cry right before your eyes. The bad acts of a few can have a disastrous impact on the lives of many.

People who have lived through those experiences cannot help but take the handling of investor money seriously, very seriously. It is a natural reaction and, indeed, the very mission of securities regulators to do whatever they can to help those investors recover their losses and prevent that same devastating event from happening to others. In the wake of the recent financial crisis and the speed and complexity with which securities transactions take place in today’s markets, the job of a securities regulator is no easy task.

At the core of her mission for the coming year is the creation of a “one-stop, automated filing system for every type of corporation finance offering filed in multiple states.” Seidt believes that easy, electronic state registration will provide the “smartest way for businesses to raise capital here in the United States.” She drummed the benefits of state-level review saying it improves deal quality, helps issuers avoid disclosure mishaps and limits fraud.

In her only statement in the speech directly dealing with the JOBS Act, Seidt had words of caution for regulators and investors alike…

As we’ve heard throughout this conference, the advent of new “public private offerings” under Rule 506 and crowdfunding are expected to create a tsunami of new investment opportunities for investors. Just peruse the web today for any kind of investment opportunity – real estate, oil, gas, gold, you name it – and you can see it already developing. Yes, there are good deals out there, probably some real gems, but it will become increasingly difficult to find those gems amongst the real gambles and, well, real losers that are also out there for general consumption.

Intuitively, investors and securities professionals will be looking for ways to separate good deals from bad. Many will consider whether an offering was subject to regulatory review or not. And, if not, they will ask themselves whether the opportunity is a safe enough bet for them to invest their hard earned money in or bank their reputation on. In Ohio, they should consider the fact that unregistered products consistently top Ohio’s list of key investor threats. In 2012, the Division saw eight securities fraud cases result in a criminal indictment or conviction. Seven of those cases involved the sale of unregistered securities, all courtesy of the unregulated market.

If they don’t already realize it, shrewd investors and securities professionals will soon see that state review generally yields safer opportunities for them on the whole than opportunities floated in a market with little or no review. Over time, savvy businesses will seize upon this in deciding whether or not to register their securities. If they are given a convenient, one-stop state option that is simpler but has greater integrity than the methods they have available at the federal level, I believe their choice will be clear.

Seidt also expressed concern regarding an underfunded SEC that seems to be stuck on a rulemaking carousel with the JOBS Act and Dodd-Frank. Seidt alluded to the NASAA taking a role in lobbying lawmakers for additional funding on behalf of the SEC. “The SEC cannot be expected to do its day job, much less crank out hundreds of Dodd-Frank and JOBS Act-related rules, without proper funding,” Seidt said. “It simply cannot.”