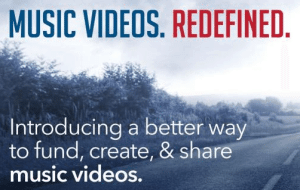 Song Backer is a way for fans to back a cover song to be performed by their favorite musician.

Song Backer, a new music tech startup, has launched their beta site and is asking musicians to sign up and bring their fans to request songs, and setup song goals to create music videos. Song Backer has streamlined a way for fans to request or back a cover song to be performed by their favorite musician.

The musician is able to use YouTube to upload and host the video once the goal is complete. This means that if they are a musician that already makes money from Google Advertising, they can also make extra money from having that requested cover song become successful. This allows them to “Double Dip”. Song Backer is not trying to be YouTube. For the majority of musicians trying to make it on YouTube they are not at the point yet where they can earn a living from the advertising revenue. That is where Song Backer shines. Said musician can still benefit from everything they do right now on YouTube, but make money at the same time for cover song music video requests.

Just like on YouTube or any other site a musician uses to showcase their talent, Song Backer offers the same and more. Song Backer allows the musician’s fans to help co-create using a Direct-to-Fan model to help shape what the musician does musically. This allows musicians to create and/or add to their fan base. It also allows the musician to gain more recognition by being seen on a brand new site.