As previously reported crowdfunding site for causes Razoo, raised over $1.1 Million in donations as part of #GivingTuesday.  The site has now announced the official winners of its national day of giving competition. More than 600 fundraisers from across the country participated in the Razoo giving competition. The competition winners will receive prizes totaling $103,000 from the Razoo Foundation. 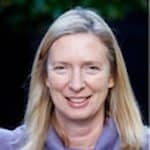 “The spike in giving to Razoo campaigns, as part of #GivingTuesday, is a testament to the amazing power of social, online movements of generosity,” said Lesley Mansford, CEO of Razoo. “It is an honor to help all the participating nonprofits reach their yearly goals through the help of our platform and the inaugural Razoo National Giving Competition. We know giving does not end with #GivingTuesday, and Razoo will continue sparking everyday philanthropy all year long.”

Two leaderboards tracked the top performing #GivingTuesday fundraisers and top performing nonprofits on the Razoo platform, while Power Hour Golden Tickets were awarded to organizations that received the most numbers of donors for at the end of the preceding hour throughout the day. In addition, nonprofits had a chance to submit online videos about their chosen fundraiser for a chance to win the video challenge.

Top fundraisers from the Razoo #GivingTuesday competition include: