MyMicroInvest is the first and only platform to offer individual investors the possibility to invest in innovative startups alongside professional investors and under the same financial conditions, starting with contribution as low as  €50.

During the subscription period which closed on December 31st, the crowdfunding campaign supporting NewsMonkey collected a total of  €315,000, attracting more than 1,500 individual investors in 51 days. The amount was stated to exceed more than three times the minimum threshold of 100,000 euros which had initially been targeted and complements the  €900,000  already funded by professional investors.

“Both in terms of funds that have been raised and number of individual investors, the campaign associated to NewsMonkey is already becoming a reference in European crowdfunding”, says Olivier de Duve, CEO of MyMicroInvest. He adds: “Since its inception in 2012 and after its first full year of operation, MyMicroInvest has attracted more than 12,000 active members and has invested a total of 3 million euros for the creation of innovative startups. Crowdfunding is demonstrating its capacity to offer entrepreneurs with a real alternative source of funding and to provide individual investors the opportunity to participate to quality projects “. 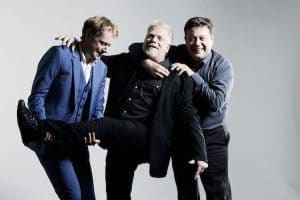 The next crowdfunding campaign to be launched by MyMicroInvest on January 16th involves Sacriana.com, a new Belgian site of on-line flash sales dedicated to wine. Sacrian.com aims to raise 99,900 euros through crowdfunding.

MyMicroInvest equity based crowdfunding platform was launched in September of 2012. Since its inception, the platform has attracted more than 12,000 active members and has raised and invested a total of €3 million for startups.  MyMicroInvest offers individual investors the possibility to invest alongside professional investors, under the same financial conditions. MyMicroInvest claims to be the first crowdfunding plaform in Europe to publish an offering document approved by the market authorities (FSMA).