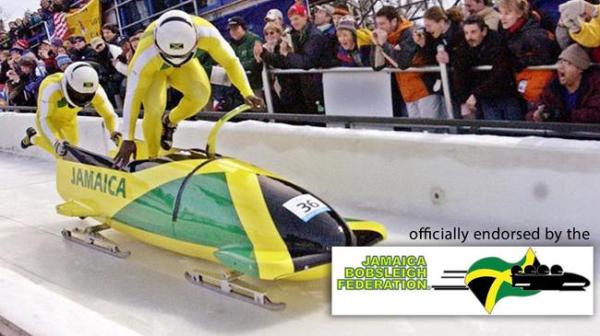 Sometimes reality is better than fiction.  In an interesting twist of events the Jamaican Bobsled team has just qualified for the Sochi Winter Olympics.

Yes – that was a movie.  Cool Runnings hit cinemas in 1993 in a film about the first Jamaican Bobsled team trying to make it to the Winter Olympics.  It starred John Candy – among others.  The story was based on an actual team that competed in the Calgary Winter Olympics in 1988.

Well today we have  an underfunded, 2-man bobsled team that is ready to go to Sochi, but they need about $80,000 in donations to be raised in just a few weeks.  According to a recent quote in the press, sled driver and team captain  Winston Watts said, “Right now we’re at Zero”.

At 46 Winston Watts will be the second oldest bobsled pilot Olympic history.  As you may understand the caribbean island country does not offer to much support for the sport of bobsled racing.  Much of the financing has come out of Watts’ own pockets. Watts, a naturalized American citizen, came out of retirement to train for this event with partner and former sprinter Marvin Dixon.  They could not afford the trip to St. Moritz, Switzerland to participate in the final qualifying event so they watched and hoped they would not be surpassed by other teams in the overall standings. 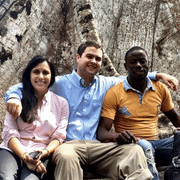 Lincoln Wheeler, who lives in Washington, DC and apparently has absolutely no connection to the Jamaican team, read about the story and the challenges of Watts and Dixon.  An avid sports fan and a previous user of the crowdfunding platform Crowdtilt – he decided to independently launch a crowdfunding campaign to raise the $80,000 needed to send the team to Sochi. He launched the campaign this weekend and in less than 24 hours over $13,000 was raised and the velocity appears to be increasing.  There is a campaign running on Indiegogo but CrowdTilt seems to be the one that has captured the imagination and support of backers.

As word of the crowdfunding campaign started to spread the message got back to Jamaica that a serious effort had been launched.  Chris Stokes the General Secretary of the Jamaican Bobsled Association contacted CrowdTilt earlier today and simply asked, “is this real?”.  The growing number of backers has made Stokes and his partners believers.

The campaign has also benefitted from the efforts of the I am a Jamaican movement and Jamaica Olympics who has endorsed the project.  CrowdTilt has thrown some of their own muscle behind the unique and endearing campaign.  CrowdTilt staff is helping to manage the campaign and they will be distribute the funds raised after the brief campaign completes in 8 days.

Any backer that contributes $50.00 or more you will get a special limited edition t-shirt.  Definitely a collectors item.

We are about due for a sequel to Cool Runnings.

Here is the tweet from the official page of Sochi 2014 Winter Games with the announcement via @Sochi2014pic.twitter.com/mzXW8Lh0rU