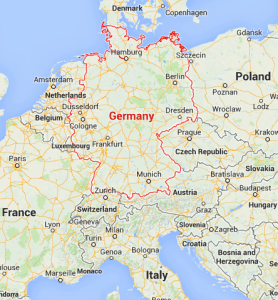 Germany is the single largest market in all of the European Union.  With a population of around 82 million, a highly educated population and many top global corporations it is the economic engine of Europe today.

The crowdfunding industry has benefited from this significant base and over the past months the country has experienced a robust growth in equity based crowdfunding.  While in the very early stages of growth, 2013 saw more than 20 companies motivated to raise capital via these emerging crowdfunding platforms.

The single largest challenge for the equity based crowdfunding in Germany has been – as in most markets – to overcome the regulatory issues obstructing this innovative form of finance. Compared to the United States, in Germany this was relatively easy.

The pioneers of the industry used (and still do) regulatory loopholes to facilitate their offerings. These trailblazers work without any kind of formal regulatory license. In the very beginning (2011) the crowdfunding platforms could only offer silent partnerships to participating investors.  If an offering does not exceed EUR 100,000 during 12 months, no formal prospectus is needed.

A year later in 2012  Seedmatch, the market leader, realised the first funding above the “magical 100,000 EUR” barrier. Seedmatch used a second exemption from the obligation to publish a prospectus. The loophole utilized is a so called  “partiarisches Darlehen” a certain kind of shareholder loan. Other platforms quickly followed suite. The biggest crowdfunding offer that was funded this way to date had a total raised of 1.2 Million EUR. The aggregated equity crowdfunding volume in Germany in 2013 was approximately 15 Million EUR (approximately $20.5 million).

Below is a list of the most relevant players of in the equity based crowdfunding industry in Germany today. Each of the following platforms achieved a funding volume over 2 Million EUR.

Seedmatch is the pioneer of crowdfunding in Germany. The company is located in Dresden. Since the start in 2011 the company has realised more than 53 fundings with a volume of 10,650,000 EUR. Seedmatch is not only the earliest player of  the industry but also the  market leader. The platform has more than 21,000 user. The minimum investment on Seedmatch is 250 EUR.

With econeers Seedmatch has founded a spin-off for the renewable energy sector. Four out of five of the biggest crowdfundings in Germany has been realised by Seedmatch/Econeers.

Measured by volume Companisto is the number two in the market. The Berlin based company accepts investments as little as 5 EUR. More than 12,000 investors have financed 25 start-ups so far. Companisto is pooling every single investment into a fund which holds the loan. The companistos – as the crowd investors of Companisto are called – own a share in the fund. This construction is seen as especially VC and exit friendly.

Bergfürst is the exception of the above mentioned rule that the German platforms are working without any kind of licence. Bergfürst has a Bafin (the German regulatory body for the financial sector) licence. Companies can issue shares (real equity not only loans or silent partnerships) via the Bergfürst platform. A second exception of Bergfürst is the secondary market it offers for the shares of the crowd investors. Bergfürst has realised only one funding for Urbanara so far, but is was by far the biggest crowdfunding in Germany with almost 3 Million EUR. Bergfürst is based in Berlin and accepts investments from 250 EUR. One of shareholders of Bergfürst is a traditional co-operative bank.

The company Name “Innovestment” stands for investments in innovation and is one of the earlier planer of the German Crowdinvesting industry. 25 innovative Start-up companies raised over 2 Million EUR of private capital on Innovestment.de, since the year 2011. The USP of Innovestment is its unique auction based model. The Berlin based company is founding member of the European crowdfunding Network (ECN).

It is widely expected that the funding volume in Germany will grow significantly in 2014. Whether the smaller platforms will be able to realize bigger fundings totals like the big four remains to be seen. The same applies to international players like FundedByMe, and others, who are attempting to enter the single largest European market.

Klaus-Martin Meyer is the owner and operator of Crowdstreet.de, a blog that covers the German crowdfunding industry.