Hoping to change crowdfunding as we know it, a new Vancouver-based platform Dana.io is ready to take on the industry leaders Kickstarter and Indiegogo.  Dana.io is a crowdfunding website that charges entirely by donations and consider its practice to be “gifting forward” or “unconditional gifting.” 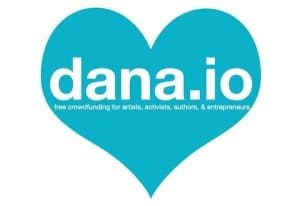 Buddhist and long-time campaigner for human’s rights in Burma, Alan Clement noted his dreams about creating Dana.io began in the late ‘70s. As quoted in Straight.com, Clement clarified his view;

“It all came from my initial entry into Burma. It was born from the inspiration of seeing perfect strangers offer food, lodging, medicines, and essentially giving me everything I needed, eventually, as a monk.”

“When I went underground into the country and met with Aung San Suu Kyi and later out into the killing fields of northern Burma, I saw people who were giving their lives and giving their last morsels of food to friends and perfect strangers like me. That’s how we came up with the crowdfunding platform that is driven exclusively by the concept of dāna. It all came down to what she [Suu Kyi] told me was the essence of spiritual revolution, which is the courage to care.” 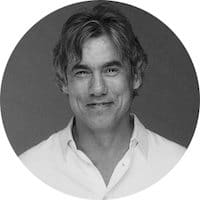 Mr. Clements noted that dāna is “the practice of generosity,” and “io” as inflow and outflow.  Dana.io’s co-founder Scott Nelson revealed a more indepth version of the technical startup origins.

Mr. Clements revealed in his book he’s currently working on that he has encountered numerous challenges with the crowdfunding campaign, including the other sites such as Indiegogo and PayPal that shut down campaigns that are in Burma. Mr. Nelson explained, “They have it on a government list of countries you’re not supposed to do business with.”

Dana.io’s biggest pro would be that it doesn’t cost anything. According Kickstarter, it charges five percent to fundraisers of the total money raised plus three percent per pledge in payment process fees. Indiegogo also states it charges four percent or nine percent of total money raised, depending on the selected plan, a three percent professing fee per pledge, plus a $25 wire free on each donation made outside the United States. While it will remain free, Dana.io users will be encouraged to “gift” up to 15 percent of the contributions it receives to keep the site running and provide a fund for future projects that will launch there.

“[Dana.io] is really built on the pay-it-forward model,” Mr. Clements explained. “We want to lower the threshold completely as much as possible for people, artists, authors, activists worldwide, to believe in their dream.”

The crowdfunding platform is set to launch on May 14th. The projects that Mr. Clements is already excited about range from a movement for a GMO-free world to a law that projects for Laktota Indians peoples to support services for whistleblowers at the Hanford Nuclear Facility in Washington.