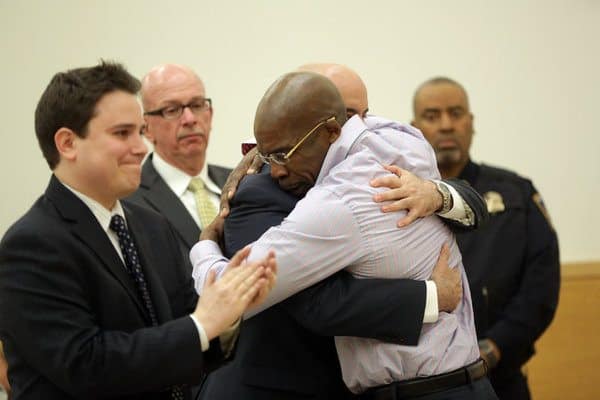 Jonathan Fleming spent a long time in prison for a murder he did not commit.  There is a crowdfunding campaign on Indiegogo that has raised over $34,000 to help right this egregious judicial error that punished a man incorrectly.

Fleming spent 25 years in prison for a murder that he was found not guilty of committing.  Earlier this month, Mr. Fleming was exonerated after new evidence proved that he was not the one that murdered a man in Brooklyn in 1989. Although he had given proof that he was not even near the crime scene at the time, an apparent witness stepped forward and stated she saw him.

Although the witness later recanted her testimony, Business Insider stated Mr. Fleming just continued to lose appeals. Earlier this year, a new district attorney reviewed evidence and discovered a Florida hotel receipt that showed he was in the Sunshine State just five hours before the shooting.  That district attorney decided to drop the case against Mr. Fleming.

Assistant district attorney Mark Hale told the judge Matthew J.D. ‘Emic, “Had it been available at the trial, the likely outcome of the trial would have been different.”

Mr. Subaru noted, “I started this campaign to help Jonathan get his life back on track and follow his dreams of going back to school; please donate what you can and lets make Jonathan’s upcoming birthday in May one to remember. All funds will go directly to Jonathan Fleming.”