Ready to expand its award-winning online marketplace, JewelStreet launched its crowdfunding campaign for £100,000 on Crowdcube.  Apparently a single investor sees potential in the company as a single investment of £100,000 was made via the platform and now stands overfunded backed by 41 investors at over £160,000 with over 3 weeks remaining on the offer 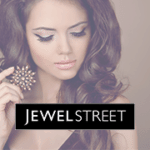 JewelStreet has already made headlines over the last few years. The company boasts a total of 250 designers, of which 60 are award-winning including Fei Liu, Jessica Flinn, Sarah Jordan, Kit Health and SHO Fine Jewelry. The company has  received a special trailblazer award at the Professional Jeweler Hot 100 List – also known as the “Jewelry Oscars.”   JewelStreet has also benefitted from a £138,000 grant.

During the 2013 Christmas season, JewelStreet’s sales were up 732% year-on-year. The company has been described by Professional Jeweler as the ‘eBay of Professional Jewelry’ and was named as an investment opportunity in its recent article “10 Things Our Industry learned in 2013.”

The funding round through Crowdcube was initiated to focus on the following: marketing activity (PR, searching marketing, and a loyalty project); to prepare to launch into the U.S. market in 2015 and to continue to improve the functionality of the website.

While discussing with ProfessionalJeweller.com why the company decided to launch the campaign on Crowdcube, managing director of JewelStreet Rob Passmore stated,

“Crowdfunding is a great way for people to own a part of a progressive new business like JewelStreet.Our business plan projects a 14 times multiple return on investment within three years. The jewelry industry ‘norm’ is still to pay 65% to a retail channel to sell the product. We believe with the advent of the Internet, this is no longer equitable and there is a groundswell of demand from designers and brands to find a new, direct route in the market.”

He continued, “JewelStreet is this new, direct sales channel where designers receive a full 75% of the retail price. The fact that we have already attracted over 250 designers and brands to open web boutiques on Jewelstreet is a testament to this market demand for a change.”

Mr. Passmore also stated the company will use the grant it received to hire an additional 28 staff members over the next three years. “We are on track with regards to recruitment and currently have three active hires; a web graphic designer, a PR and events manager and a search marketing manager.”

The campaign is set to close at the end of May.