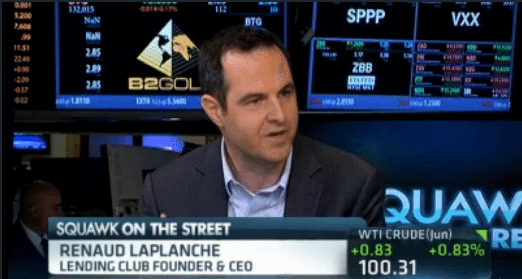 Hitting the screens of CNBC today was Lending Club CEO Renaud LaPlanche talking about how his company is going to transform the banking industry. Instead of just steam rolling the old school industry, apparently Lending Club would like to bring them along – indicative of the partnership recently signed with Union Bank in San Francisco.  The arrangement between the two financial firms is designed to bring the benefits of both sides together to create a compelling opportunity for both lenders and borrowers.

The P2P industry is growing like gangbusters so expect to see more partnerships like this over the next few months.  For the banks it is pretty much adapt or decline.  For P2P lenders like Lending Club there is only growth in the foreseeable future.