Launched in 2012, Kiva City Los Angeles is an initiative that gives anyone a chance to crowdfund loans as little as $25 to small businesses of their choice while making a direct positive impact on local economies and jobs across Los Angeles.

The Mayor’s Office of Economic Development, in conjunction with nine BusinessSource Centers across Los Angeles, is reinforcing its commitment to Kiva by becoming a Kiva Zip Trustee to help entrepreneurs across the city with funding to start, sustain and grow their businesses.

Both Kiva.org and Mayor Garcetti’s Office of Economic Development will join other change-makers in the community to honor Kiva City Los Angeles small businesses in recognition of their entrepreneurial success and social impact at a special event at City Hall on Wednesday. The entrepreneurs will share their journey on starting and maintaining their businesses and how they help their local communities.

Mayor Garcetti noted, “I’m pleased to be expanding Kiva’s reach into the business ecosystem of Los Angeles in partnership with my Office of Economic Development and the city’s business source centers. Small businesses play a key roll in my agenda to put the recession in the rearview mirror and get Angelenos back to work.”

Kiva City Los Angeles, through the Kiva.org platform, has brought crowdfunded loans to 106 entrepreneurs in the Los Angeles region that helped start or expand their businesses. More than 3,000 individuals in more than 30 countries have provided a loan to these entrepreneurs.

Through Kiva City Los Angeles, anyone can lend as low as $25 to an entrepreneur of his or her choice at kiva.org/losangeles. Every dollar helps crowdfund an entrepreneur’s microloan, which in turn supports local economies, communities and job creation. When the entrepreneur repays, the lender can relend the $25 loan to another borrower or withdraw their money from the system.

The crowdfunded loans are offered with very generous terms and fill a critical lending gap faced by entrepreneurs, who have the plans and the passion, but lack capital to start or expand. Small business loans crowdfunded through Kiva City Los Angeles can be offered as low as 0% interest with no fees. 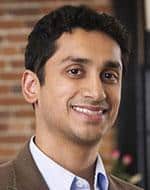 Kiva’s co-founder and president Premal Shah stated, “We know that behind every businessthere is a person, and like people, these businesses come rom many walks of life in all shapes and sizes. A crowdfunding platform like Kiva.org goes a step beyond traditional loans and allows everyday people around the world to support this diverse group of entrepreneurs who share a commitment to the success of their communities.”

Kiva City Los Angeles is made possible by several area organizations joining the initiative as partners and trustees. Partners, such as VEDC and PACE in Los Angeles have their own lending programs and are responsible for administering Kiva loans. Kiva Zip Trustees are individuals or organizations that vouch for entrepreneurs they know and trust in their community. Once endorsed, entrepreneurs can post their loan request at zip.kiva.org and begin getting their loan crowdfunded by friends, community members and Kiva’s growing global community of one million lenders. When the entrepreneur repays, they too, can become a Trustee on Kiva Zip and “pay it forward” by endorsing other small business entrepreneurs in their trust network.