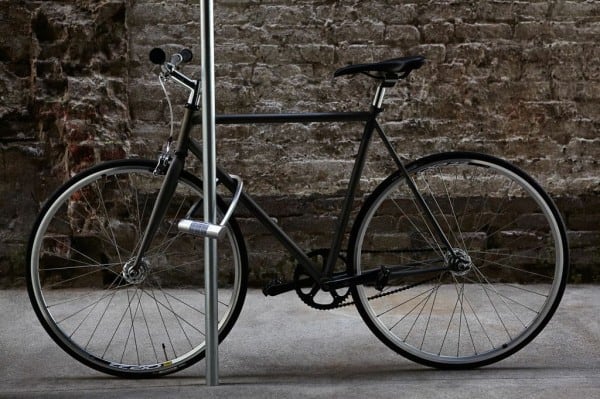 Created by ex-Boeing and Jawbone engineers, Skylock, from Velo Labs, is a unique connected device that locks your bike but also allows you to share it (for a fee if you want).  As our ever-connected world grows and a “sharing” ecosystem becomes an integrated way of life – it was inevitable that someone would move from cars to bikes.  Skylock connects via a smartphone app that controls all of its features.  It also sends you an alert when someone moves your bike – acting as an active anti-theft device.  If you happen to have an accident while cruising around – it monitors that as well.

To help fund the first batch of Skylocks the creators have launched a pretail crowdunding campaign and they are looking to raise $50,000 to get their product into production.

Based in San Francisco, Velo labs co-founder Jack Al-Kahwati shared why he decided to create Skylock;

“As a former engineer at Boeing, I have spent years working on tanks, helicopters and aircrafts, and while these forms of transportation have made huge leaps in safety and connectivity the bike is still stuck in the 19th century. We wanted to take on the challenge of bringing cycling into the future.”

Having lived in several neighborhoods where the concern of bike theft was more than a bit elevated – you can see an urban demand for a connected lock.  The team at Velo Labs sees Skylock filling a unique niche:

1. With over 1.5 million bike thefts in the US each year, it’s clear that the traditional bike lock does not provide adequate security. Skylock is a one-of-a-kind connected device that is based on a proprietary dual-locking design – making it twice as safe as a traditional u-lock.  A theft alert system sends a message to your phone when someone touches your lock for an extended period.

2. The first-ever crash alerts in a lock – Using Bluetooth Low-Energy, Wi-Fi, and an accelerometer, Skylock pairs itself with a smartphone to be contextually aware. Through this connectivity Skylock can keep cyclists safer by comparing accelerometer data from a smartphone to its own and determine when a rider has been in an accident. 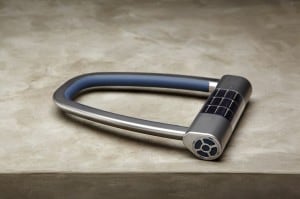 3. A bike-sharing community – Velo Labs is bringing the sharing model that has worked so well for the auto industry to the bicycle. With the Skylock app, users can arrange to lend out their bike to anyone in their trusted network or the Skylock community while keeping track of it via the app. Within the Skylock bike community, bike owners can lend their bikes based on prices relative to demand and location.

4. The first-ever solar powered battery – Skylock is the first device that utilizes a combined solar panel and rechargeable battery system to virtually eliminate manual charging. Just one hour of sunlight provides enough power for a week and a fully charged battery lasts up to a month for average users. 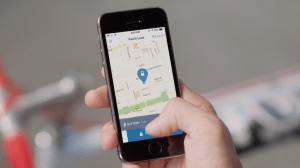 Velo Labs is the San Francisco based startup responsible for Skylock – the first device for the age of connected cycling. Built on the familiar u-lock cyclists carry with them daily, the Skylock offers the most robust mechanical lock available with cutting edge connective technology to bring cycling into the 21st century.

Velo Labs is also doing an investment crowdfunding round on SeedInvest offering up a convertible note looking to raise $800,000.  While these funds are for team building and ongoing product development, the pretail round will be used directly to manufacture Skylock and provide the first batch to bikers for only $159.

Watch the video below – as far as bike locks go – this is the one.