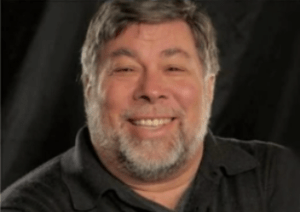 Cultural icon Steve Wozniak, part of the magic behind the founding of Apple, has spoken up in support of the MayDay PAC founded by Harvard Professor Lawrence Lessig.  In a video message (embedded below), the Woz talks about all of the problems with our current government system.  Woz talks about how the United States’ operating system is broken and lists just a few of the many problems that have been created by our elected politicians and then enforced by the bureaucrats.   Personally I don’t care if you are from the left, right, middle or some other realm – you have to admit most politicians are driven by personal gain making decisions based off of political expediency. And yes – money plays a pretty significant role in our government.

Lessig and his co-conspirators want to crowdfund their very own, non-partisan Super Pac to fight fire with fire.  They already nailed their first goal of raising $1 million and now they want to raise $5 million – by the 4th of July.  Part of the kicker here is Lessig has committed to matching the funding from the crowd with some private donations that are rather significant.  The first million raised has already locked in another $1 million.  If he raises $5 million there is a commitment to match that amount meaning the total raised goes to $12 million – that’s enough money for a night out on the town.