Political MayDay PAC hit their initial goal of crowdfunding $1 million two weeks ahead of schedule.  Now the social campaign has launched the next phase of its effort by targeting their next fundraising goa of reaching $5 million by the 4th of July.  The Super PAC, whose mission is to lessen the influence of big money in politics by targeting congressional candidates opposed to campaign finance reform, will look to raise this amount over the next 30 days. Mayday PAC will use the money it raises to pilot a strategy to win a Congress committed to fundamental reform by 2016.

“The influence of big money over our political process is worse than it’s ever been, and it’s evident from the complete dysfunction in Washington,” said Professor Lawrence Lessig co-founder of the movement. “Mayday PAC’s success will prove that there are enough people willing to invest in sending Congress the message that it is time for fundamental campaign finance reform. Mark McKinnon, a Republican strategist and cofounder of MayDay adds, “We want a government that works for all of us, not simply the wealthy who bankroll campaign contributions and Super PACs.” 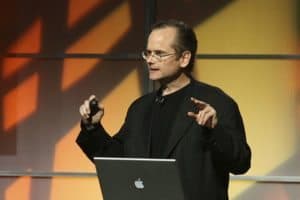 This new phase of the PAC’s fundraising campaign leverages the building momentum demonstrated by it surpassing its initial goal of raising $1 million in 13 days. That goal was matched by a wide range of technology and Internet innovators, including:

If successful, Mayday PAC would go from inception to a war chest of over $12 million in just 60 days. That money will then fund campaigns in five congressional districts yet to be announced, targeting candidates that oppose campaign finance reform. It is part of a two election cycle plan to hold candidates accountable to voters on the issue of money in politics and win a Congress committed to enacting campaign finance reform by 2016. If successful in the 2014 cycle, the effort would be expanded for the 2016 elections.

This experimental new effort will show that regular people are deeply motivated to demand changes that loosen the grip of big money on politics and government. People “commit” by pledging a contribution anywhere between $5 and $10,000, and their commitment is collected only if the Mayday PAC reaches its fundraising target by its deadline.

Many Americans believe big money donors have too much influence over politics, leading to a dysfunctional government and political decisions that benefit the few, not the many. Recent Supreme Court decisions, like Citizens United, have made the problem worse by ending limits on donations, and further increasing the influence of wealthy donors, large corporations and Super PACs.