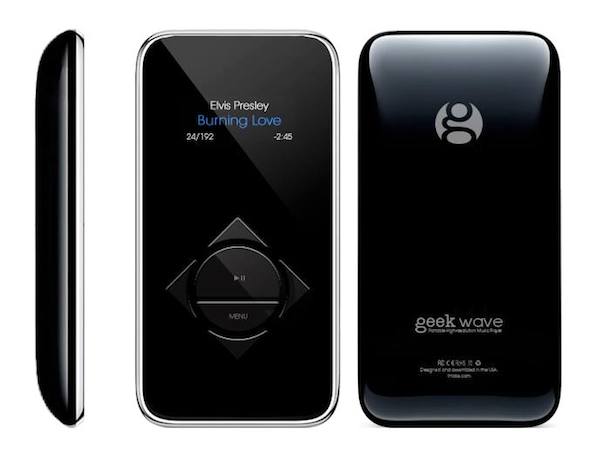 With less than three days until the closing of its Kickstarter crowdfunding campaign, the high performance music player, Geek Wave, hit $1,017,872 from 3,534 backers. Revealing the exciting news about the funding, the team added a new video of their reactions as soon as they saw the $1,000,000 mark was hit.

As previously reported, Geek Wave originally set to out to raise only $38,000 to make a music device for discerning ears. The project’s team noted, “Music connects us. It’s an expression of our feelings, emotions and experiences. Some people are happy listening to music through an iPod or their smartphone. However, this doesn’t cut it for those that want to experience their music the way it was truly meant to be heard, in all of its high fidelity greatness.”

They also added, “In order to immerse themselves and experience all that their music has to offer, they need a portable music device of a much higher caliber.”

Just a few days before reaching the $1M, the team announced since it hit the $888,888 stretched goal, Geek Wave’s docking station perk was released. The Geek Wave and Geek Station turns the user’s home stereo system into an “ULTRA HD” music playback system. The features included:

The campaign’s $999,999 stretch goal also had the following:

The project is set to close on Saturday, July 12th.