With only hours remained of its Indiegogo crowdfunding campaign, Peachtree Audio’s deepblue2 raised nearly $315,000 from close to 1,000 backers. Originally seeking only $63,000, the device reached its goal in a matter of days and continued to be a huge hit. 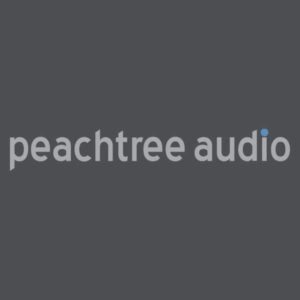 deepblue2 uses a custom-developed 440-watt amplifier that is five times more powerful than any home Bluetooth speaker that is currently on the market. It also comes with a long excursion 6.5-inch woofer that moves a serious amount of air and creates a deep impactful bass.  Not only are you hearing full bass, you definitely feel it. The device also features two wired inputs: one optical and one 3.5mm analog.

The Peachtree Audio team noted that the deepblue2 is aiming to redefine the quality and quantity of sound possible from a Bluetooth speaker. It combines the convenience of a single box design with the full-range powerful sound of a big HiFi stereo system. Its also noted with deepblue2, consumers will be able to experience irresistible sound that they can easily move from room to room.

Last year, the company launched the original deepblue stereo and it received positive reviews from not only the media but also the customers. It quickly established itself as being the best sounding Bluetooth speaker anyone can ever ask for. 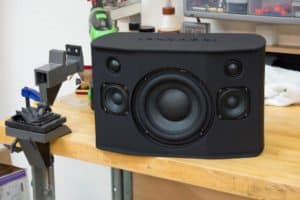 While sharing details about the second generation of deepblues, the team stated, “With deepblue2, our design team has committed to raise the performance bar even higher. The technical challenge is to get controlled, deep and loud bass extension out of a small cabinet – and to do that without a wallet devastating price tag.”

“Most wireless speakers use two or three small speaker driver operating at their maximum potential to try to achieve full range sound. The result is thin and compressed sound that is fatiguing to listen to at high volumes. They simply run out of gas.”

“For truly life-like sound, you need to a speaker [that is] capable of producing deep bass and the only way to do that is to move lots of air. You need to have the right combination of power, surface area, driver excursion and correct enclosure all working together. We’re not breaking the laws of physics. We’re exploiting them to make the biggest sounding Bluetooth speaker ever made.” 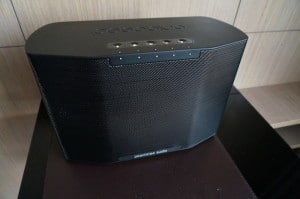 During a recent update on the campaign’s website, the team revealed a new photograph of deepblue2 and what it offers. “From the remote you’ll be able to select any of the three inputs (Bluetooth, AUX, Optical) and adjust volume and bass settings as well as mute and power.”

The team also stated, “We just created a new collaborative deepblue2 playlist on Spotify. If you’re on Spotify feel free to drop in your favorite tracks to test speakers with and we’ll make sure to give it a listen!”

In regards to the deepblue2’s timeline, the team answer the device will go into mass production in early October for delivery to the first and early backers in November.