With 3o days left on the clock, An Hour of Code continues to rocket forward and is now the most funded campaign ever on Indiegogo.  Launched on October 8th, organizers set out to raise $5 million to give 100 million students through the world an opportunity to have one hour per day of computer science.  With the rather substantial backing of Mark Zuckerberg, Priscilla Chan, John and Ann Doerr and Rich Barton, the project jumped when $1 million was contributed.  Not only 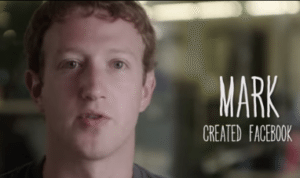 that but going forward donations will be matched on a one to one basis.  While the crowdfunding campaign is a flexible funding project – it is certain to easily cruise beyond the stated goal of raising $5 million.

Thank you! Because of you, last week our campaign became the most successful Indiegogo campaign OF ALL TIME!

We made history – not for a hardware product, not for potato salad, but for computer science education, to help every young person learn the skills to succeed in a world becoming more dependent on technology everyday.

Because of your investment, we will work to establish computer science programs in your community and around the world. If we reach our $5M goal, we will train 10,000 new computer science teachers in the next year.

The most funds ever raised was for the derailed Ubuntu Edge. This dream phone project closed at $12.8 million – far shy of its $32 million goal.  But in the past few days Hour of Code has hurdled the current record holder previously Axent Wear Cat Ear Headphones – a project that still has over a week to go.

To acknowledge this feet the team at Indiegogo created an illustrative graphic (minus the cat ears though).  Hour of Code stands at over $3.9 million today – enough to put it in the top ten of competitor Kickstarter’s top ten.  While it may not be able to challenge the Coolest Cooler in the end, Hour of Code is certain to move much higher than where it stands today.