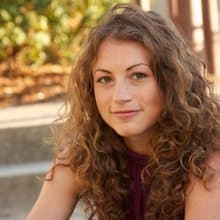 Stanford educated engineer and successful entrepreneur Debbie Sterling is the epitome of crowdfunding success.  Her crowdfunding campaign on Kickstarter was launched in 2013 seeking a raise of $150,000 to take her toy GoldieBlox into production.  The campaign closed 30 days later at over a quarter million dollars thus validating her product and – importantly capturing the attention of retailers.

GoldieBlox is an educational toy that has a goal “to get girls building”.   Recognizing the gender gap in engineering, Debbie and her team wants to “level the playing field” and tap into girls “strong verbal skills” by helping foster skills to give young inventors the tools they need to make incredible things.  When Debbie was young the term engineer was “nerdy” and “just for boys”.  Speaking from experience, she saw an opportunity to create a catalyst for girls similar to what erector sets and legos do today.  Female engineers number less than 20% of the total and GoldieBlox is determined to change all that engendering a new generation of female engineers.  The young company believes “there are a million girls out there who are engineers. They just might not know it yet. We think GoldieBlox can show them the way”. 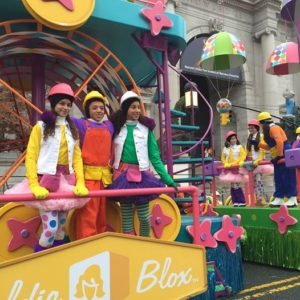 Today GoldieBlox is cruising down the streets of New York City in the annual Macy’s Thanksgiving Day Parade.  Meanwhile GoldieBlox the toy is rolling out in 6000 stores across the country and could be a holiday season hit.

Yesterday Debbie talked about her companies success and vision for the future of GoldieBlox during a visit to the studios of CNBC.  Debbie talks about girls being willing to try and take risks and accept failures.  Thankfully she was will to do just that.