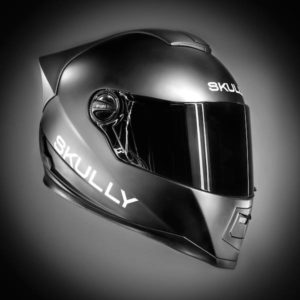 SKULLY, makers of the world’s first augmented reality motorcycle helmet, today announced that the AR-1 helmet will be made available for pre-order as an exclusive holiday offering. This is the public’s first opportunity to order the AR-1, the first head-up display (HUD) helmet for motorcyclists, since the completion of SKULLY’s record breaking $2.4M crowdfunding campaign on Indiegogo earlier this year. SKULLY’s exclusive holiday pre-order campaign will begin December 8th and will end January 8th.

As previously reported, the SKULLY AR-1 reached its initial $250,000 campaign goal within 24 hours of its launch and has been wowing Indiegogo users from all over the globe. The helmet is made of lightweight, aerodynamic polycarbonate and is considered highly weather resistant. Along with anti-fog, anti-scratch, anti-glare E-Tint visor, the helmet has the following features: 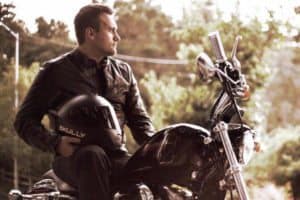 Founder and CEO of SKULLY, Marcus Weller PhD. stated,“We continue to be inundated with requests from people who missed out on the Indiegogo campaign, but want to get their hands on a SKULLY helmet either for themselves or, in some cases, to give as a holiday gift. So we worked with our suppliers to increase the early production availability and are proud to announce that a limited supply of AR-1 helmets will be available for pre-order just in time for the holidays.”

As part of the holiday offering, customers who purchase an AR-1 helmet during this campaign will receive a free SKULLY holiday card and dog tag that can be used to alert gift recipients that a SKULLY AR-1 helmet is on the way. The AR-1 retails for $1499 with shipping scheduled for July 2015. 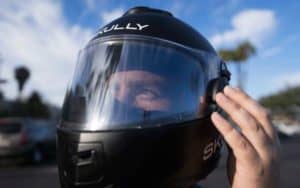 The SKULLY AR-1 helmet is built upon the SKULLY Synapse™ technology platform that enhances awareness of its users by linking advanced HUD optics to an intelligent network including a camera, sensors and microprocessors. The AR-1 features a revolutionary HUD system that displays at a perceptual distance of 10-feet in front of the rider, a near 180-degree rearview camera, turn-by-turn GPS navigation, smartphone pairing and voice control, making it the world’s smartest motorcycle helmet. The SKULLY AR-1 helmet is scheduled for release in mid 2015.