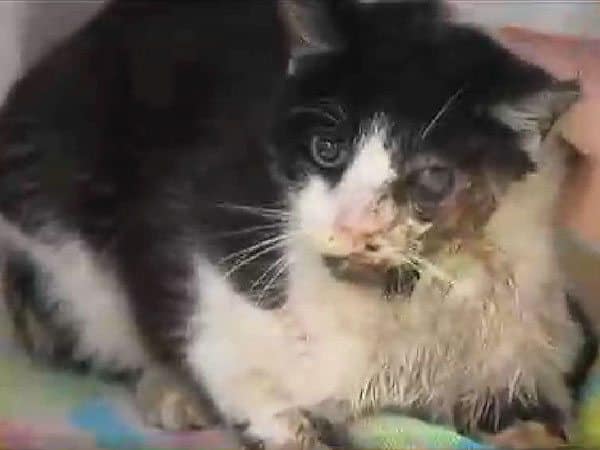 They say that cats have 9 lives, and now it looks like Florida kitty, Bart, has lost one of his. The feline, also known as “zombie cat,” hit the media spotlight last week after he apparently came back from the dead. Now, Bart is receiving some attention from others through a GoFundMe crowdfunding campaign. 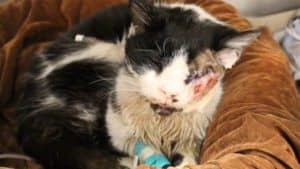 According to ABC News, Bart’s owner, Ellis Hutson, found him in the middle of the road supposedly dead. A Humane Society veterinarian confirmed that cat passed away and Hutson was forced to bury him. “We were so close, I couldn’t stand to bury him,” Hutson explained. “I put him on the shoulder of the road and went and got [my friend] David. He dug a hole and covered up the cat with dirt. I witnessed him bury the cat.”

Much to Hutson’s surprise, the cat showed up in a neighbor’s yard five days later. He was described as alive, but weak, dehydrated, and in desperate need of medical attention. Hutson stated, “I open the door and my neighbor’s standing there with the cat in her hand. She said, ‘Bart is not dead.’ I said, ‘That’s impossible. We buried Burt.”

Bart was immediately rushed to the vet and was treated for a broken jaw, open facial wounds and a ruined eye. The Humane Society expect him to recover and be able to return home soon. Hutson shared, “This is unbelievable. I don’t have any explanation for it.

Hutson also noted that he will pay for the surgery costs for Bart, which is $2,000 (including surgery and post-operative car). His neighbor, Dusty Albritton, took to GoFundMe to raise funds for the medical expense. 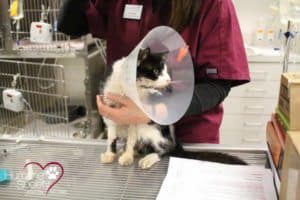 “I saw him with my own eyes. I know he was dead. He was cold and stiff,” Albritton said. She revealed that her cat died the same day with similar injuries and added, “We figured he was hit by the same car. Now my kids believe their car will also rise from the dead. But I told them I don’t think so.

Albritton, who was the first to see “resurrected” Bart, said he was acted like he was in no pain whatsoever. “The only thing I can think of is that this is God’s miracle. And I thought, why five days later? If Bary was alive before, he would have come to our homes earlier. All I can think of is that God created animal life on the fifth day.”

In regards to his family’s reaction, Hutson said this has been an emotional ordeal for him and his girlfriend, but he has no explanation that he can give to his two-year-old daughter. As a two-year-old, she doesn’t understand of this either.”