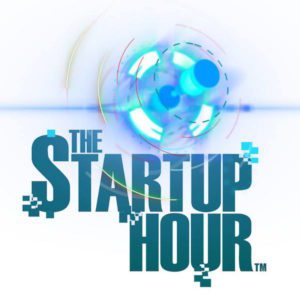 The Startup Hour, a new business-themed reality program, will let everyday TV viewers watch entrepreneurs pitch their business ideas — and then invest in them from the comfort of their living room. The show, set to debut in six television markets in May 2015 and simultaneously stream worldwide, starts an eight city tour March 13th-15th at the South by Southwest Interactive Festival, (SXSW) in Austin, TX to film interested startups’ pitches around the country.

Unlike Shark Tank, where the judges decide which companies receive funding, The Startup Hour’s viewers interact and become part of the show in dynamic new ways including mobile text investing and voting, crowdfunding campaigns and staying engaged with the companies. The show utilizes new technology that helps both startups and investors navigate the necessary documents and compliances.

Registered and accredited viewers will be able to make equity investments in startups, and all viewers will have access to additional second and third screen content including: projections, Excel spreadsheets, valuations, interviews, press and other information during and after the show on their mobile devices, tablets and PC’s. 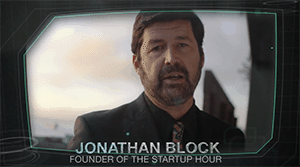 Executive producer Jonathan Block noted, “The Startup Hour includes the viewer in more interactive ways than what traditional television has offered until now. It’s extremely hard for startups to secure funding and operational support; and millennials saddled with student loan debt can’t afford to be entrepreneurs. Young adults launched 40,000 fewer startups per month in 2013 than they did in 1996, according to The Kauffman Foundation’s 2015 report. We’d like to help change that.”

The Startup Hour will visit the following cities to film startup pitches:

The Startup Hour is making television history by allowing viewers to own a stake in the startup ideas pitched on television. A new patent-pending technology, called Textinvesting, enables viewers to use their mobile phone to crowdinvest from their couch as they view the pitch on TV, the web or their mobile device.  The format introduces an emerging startup culture full of dynamic personalities and drama to a broader public. The reality of entrepreneurship is highlighted, and viewers are entertained and educated as they see the process, jump in and take action.

Check out the show’s preview below.