If you’ve ever dragged yourself and your baggage to Terminal Z, for the Gate on the Other Side of the World, you may have longed for a way to rub out the knots in your travel-weary neck, before cramming yourself into yet another uncomfortable airplane seat. XpresSpa, a leading health and wellness outlet in U.S. airports, was designed to fill this need, with services such as massages and skin care, as well as products such as microbead massage pillows. And now, crowdfunding platform OurCrowd also see the benefits of a pre-flight massage: the company is investing in a growth equity round in OurCrowd.

XpresSpa, based in New York, operates in over 50 locations in 22 major airports on two continents, according to its website. OurCrowd lists four main reasons why it’s excited to be investing in a company that offers travels a mini-getaway even before they’ve boarded a plane: 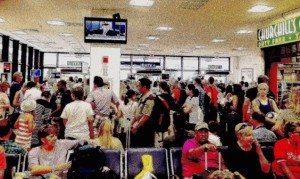 XpresSpa was founded when Marisol and Moreton Binn returned to Manhattan after an extended stay in Hong Kong and China, and was struck by the changes that had taken place in airports and the airline industry after 9/11. In addition to, and partly because of, the heightened security to prevent another tragedy, travelers were stressed and spending more time at the airport. The couple also noticed another detail: air travel’s glamour had flown the coop. 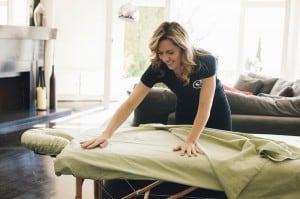 So, when the Binns were flying out of JFK en route Munich and noticed a smoking lounge, Marisol Binn thought, “Why don’t we replace an unhealthy habit (smoking) with a healthy one (airport spas)? Travelers really need a spa, a place to relax where they can release the stress and tensions of airport travel. Let’s do what they do in Hong Kong and China.” Eventually, Binn’s idea led to XpresSpa, and by ByJanuary 2004, the first XpresSpa opened in New York’s JFK Terminal One.

Even a few moments at the spa, pre-flight, could improve the taste of those once honey-roasted peanuts. Or perhaps your attitude toward them–and the delay on the runway.