Setting out to create a documentary about the first female chief of the Cherokee Nation, Wilma Mankiller, executive producer of The Walking Dead, Gale Anne Hurd, has teamed up with director/producer Valerie Red-Horse and Valhalla Entertainment to launch a crowdfunding campaign on Kickstarter.

According to its description, Mankiller celebrates a leader who defied all odds to make a difference for her people. During a time when American Indians found themselves disenfranchised and undervalued by the United States at large, Wilma emerged as a champion of the Cherokee Nation and became its first female Principal Chief in 1985. 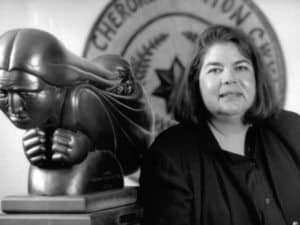 “117 years after the US relocated the Cherokee Nation from their traditional homeland in Georgia and North Carolina – and forced them to walk 2,000 miles in winter to Oklahoma – Wilma endured her own government-mandated relocation from Oklahoma to Northern California. It was there, standing on the front lines of the civil rights movements of the 60s and 70s, that she developed her politically revolutionary mind. She carried that passion for progress with her into the office of Principal Chief decades later.

“Under Wilma’s leadership, the Cherokee became one of the strongest Indian Tribes in America. Wilma’s focus on economic development and national healthcare helped the Nation to re-assert its self-governance. During Wilma’s tenure, the Cherokee Nation saw its population of registered citizens nearly double, from 68,000 to  170,000. Beyond her policies and programs, Wilma enabled the Cherokee to come together, taking pride in its history while planning for its future. 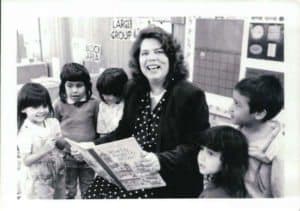 “None of Wilma’s accomplishments was easily achieved. When she came into office, the existing Cherokee leadership was unconvinced that a woman could handle the job of Principal Chief. Wilma endured rampant sexism – including personal and physical attacks. In the midst of this struggle, she demonstrated a quiet strength and unwavering resolve that won over her opposition.

“In 1998, President Bill Clinton honored Wilma with the Presidential Medal of Freedom. She enjoyed brief mainstream attention when Ms. Magazine named her their 1987 Woman of the Year, and she was even inducted into the National Women’s Hall of Fame in 1993. Despite this recognition, we are in danger of losing her story to time.”

During a recent interview with Variety, Hurd shared details about the project and why she decided to turn to the crowdfunding giant for help: 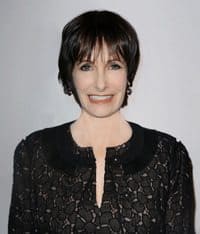 “As producers, we have the skills necessary to develop the project from conception to screen. However, we come to Kickstarter not only as producers, but as people who love Wilma’s story and want it to be told as authentically and passionately as possible.

“If the financiers share your passion for the project and are dedicated to the same singular vision, this ensures the final film will retain its sense of honesty and artistic integrity. That’s why we have come to Kickstarter, to find the community of people who will fall in love with Wilma’s story, as we have, and who will be able to nurture this project into becoming something as inspiring as Wilma herself.

“Since Valerie and I first learned of Wilma Mankiller, we have been absolutely consumed by the desire to bring her story to life.”

Mankiller‘s Kickstarter is set to close on April 8th.